A battle won, a war lost

Western proxy wars against Russia and China and the war to limit greenhouse gas emissions cannot be all be won simultaneously. 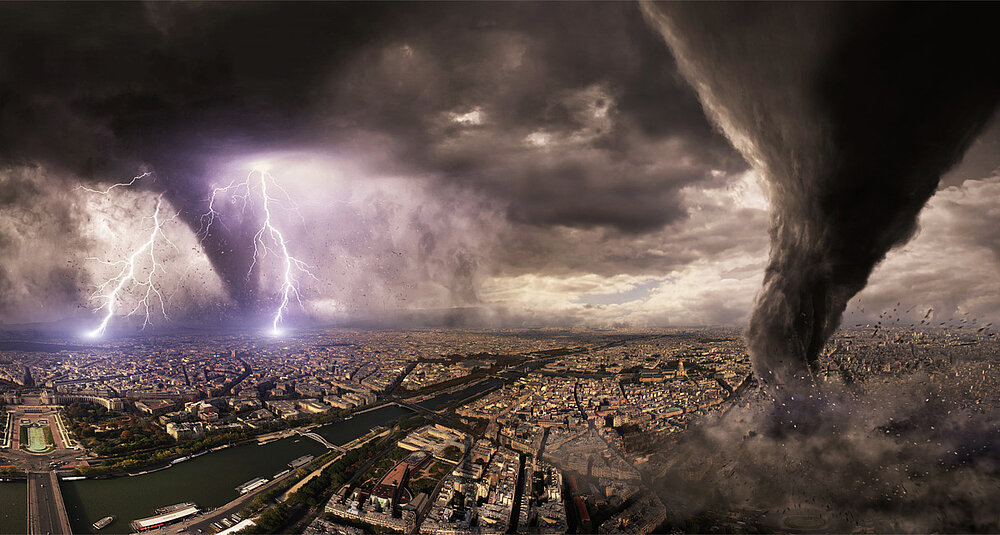 If there is one thing to be learned from the history of the EU, it is that it succeeded where it overcame inter-governmentalism - the customs union, single market, freedom of movement - and it failed in most other areas. When a policy is subject to unanimity, the EU is mostly a glorified chat forum. It can pull off a few stunts in its inter-governmental form, like imposing sanctions, but what it cannot do is sustain a policy over long periods.

Climate change is the quintessential example of a threat that requires a sustained approach. But there is no such thing as a global EU. You can't fight climate change with reports and press releases, or regular COP summits. Wars end with diplomacy. This one won’t. The UN came out with a report last week to remind us that the fight against climate change is being lost. I welcome the brutal honesty. There no longer exists a credible pathway to limiting global warming to 1.5 degrees Celsius, it said. Gone are the are soothing words that there is still time. Of all that bad messages, the mantra that there is time has been the worst. There never was.

The problem with intergovernmental coordination is that we cannot coordinate voters. Governments can, and do, enter into alliances and fight a common enemy. But they cannot solve a global collective action problem over a period of several decades. We should remember that the EU did not magically turn enemies into friends. What it did was separate out the disagreements. For example, the bilateral relationship between Germany and Poland is at rock-bottom now. Yet this does not affect the free movement of goods and people across the border.

I am not saying we should recreate the EU at global level. A much more limited authority would do the job. What matters is that it can take binding decisions with some form of qualified majority voting.

We think that a global Climate Authority would be the most effective answer. Since we are living in a world of second-best choices, what are the alternatives? We believe that this would have to start with a critical look at our own priorities. We can flight a proxy war against Russia in Ukraine. Or impose trade sanctions on China to arrest the country’s military capabilities. Or fight climate change. We can win one of those wars, but not all of three at the same time. If the west defeats Russia and China, there is no way we can co-opt them in a battle on climate change. China accounts for 30% of global greenhouse emissions, even more than the US. Eurasia is the world's largest continent. Russia and China together account for half of its landmass.

It is in the Arctic where the situation is coming to a head. I have seen a forecast recently that El Niño events would increase by 35% this century, and lead to a complete meltdown of the Arctic ice. The warming of Arctic waters has already had a dramatic effect on wildlife. But it is the effect on humans elsewhere that will be most dramatic. One of the intruding events in this particular climate change battle is the Ukraine war. Russia is the largest country in the Arctic landmass. It makes up 53% of Arctic Ocean coastlines. Half of the 4m people who live in the Arctic are Russians. Arctic climate change policies have totally broken down because of the war.

The Germans are in one sense right to think that they should have close relationships with the Russians, and nowadays with the Chinese. But they are right for the wrong reasons. The problem with the German approach is that it is Mercantilist.

Instead of cutting private deals with the Russians and the Chinese, they should have co-opted the EU into a strategy to make cooperation on trade and investment contingent on compliance with their climate change agenda. Another conflict that is hard to reconcile is that between climate change action and respect for human rights. We are at risk of fighting too many battles, and losing the most important one.

I am ending this column with my own global weather prediction: the political choices of the west will be influenced increasingly by extreme weather, and climate change will soon be seen as constituting our single biggest security threat. Our willingness and ability in western Europe to confront China and Russia will decrease. Our alliance with the US will weaken.