Euro tales we tell each other

The biggest danger to European integration are old stories we believe in and that do not stand the test of time. 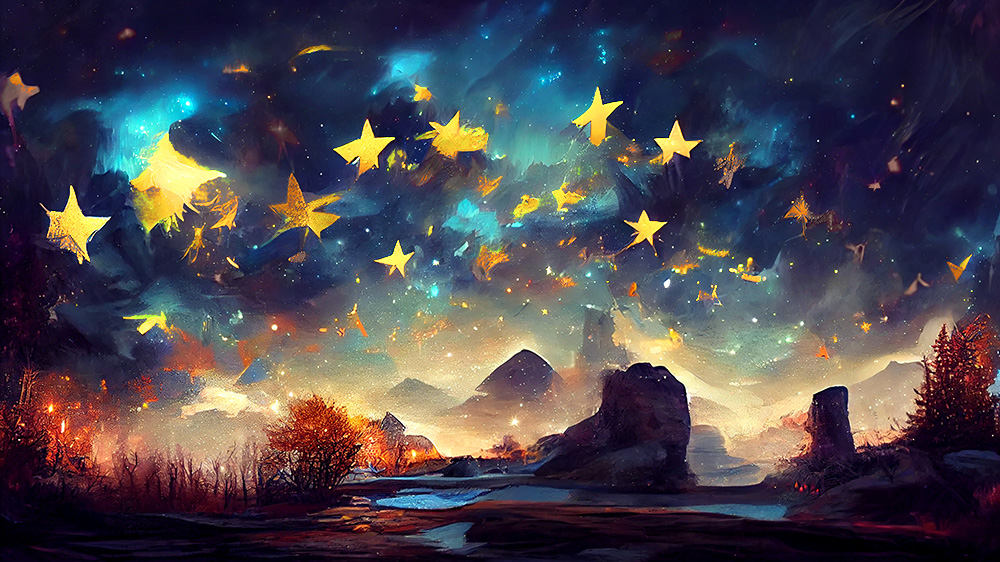 When I was a young journalist on the staff of the Times newspaper in London, a colleague told me something I never expected to hear: “The eurosceptics are winning.”

I thought this was impossible. I had told myself, and others through my columns, that Europe was the future, our sunlit uplands. Euroscepticism was an ideology pursued by bitter buffoons with bad breath. My colleague was not indulging in wishful thinking. He was pro-European himself. He just gave me his professional judgement of the dynamics of UK politics at the time. It was in the early 1990s. He foresaw what many years later would turn into Brexit.

For me personally, the episode was a lesson - not only about British politics, but about the delusional stories we keep telling each other. Everybody knows the great European historical delusions. What came as a shock was the realisation that it could happen to me.

Over the years, the EU, too, become subject to narratives its supporters kept repeating to each other. One such narrative was austerity. Another is that a monetary union, once introduced, would give rise to a political union.

And then there is Mario Draghi story.

I have the greatest respect for the man, whom I have met many times. I believe that he was a sensational central banker. His biggest achievement, in my view, was not his promise to do whatever it takes in 2012. For me, it was his ability question his own beliefs. As an example, he started off as an opponent to quantitative easing as a monetary policy tool. But when he saw that the euro area was sliding into a depression in early 2014, he changed his views, and got the other central bankers to follow him. That takes some doing.

His backstop two years earlier solved the immediate euro crisis, but did so at a cost. When Draghi uttered his infamous whatever it takes, the pressure lifted on EU leaders, who then started to forget about banking union, fiscal union, and political union. His words ended the acute crisis, but they made the underlying crisis worse.

When he became Italy’s prime minister in early 2021, another Draghi-myth descended: that the centre was re-emerging as a force of Italian politics. Populism was tried in 2018, when Five Star and Lega formed a coalition. It failed. Draghi rose to power in a moment of national crisis. He was supported by a grand coalition of virtually all the main parties, except Giorgia Meloni’s Fratelli d’Italia.

As it turned out, the Draghi-supporting centre did not hold. All the big parties that supported him ended up with a lower share of the vote than before. In particular, they mostly declined relative to where they polled when Draghi took over. Five Star have been the exception. That party, now led by Draghi's predecessor as prime minister, Giuseppe Conte, did better than expected only because they pulled the trigger on the government. Draghi is a very popular figure. But he was toxic to everybody who supported him.

The biggest losers of the elections were the big beasts of former times - mostly former prime ministers. The winner was the outsider. If Meloni messes up, they will pick someone else next time. From the radical right, or the radical left, or maybe even from the radical centre.

This analysis does not sit well with the discourse of European integration - which has a certain Enlightenment versus the Dark-Middle-Ages quality to it. I think this is dangerously complacent. Those liberals who peddle that narrative never look at their own failures. When they lose an election, they blame it on the stupidity of the electorate (Brexit), or Russian interference (Trump). But what actually happened in Italy is a different story. Centrist politics has failed there, just as it failed in Weimar Germany. The story will not end the same way. But there is one undeniable parallel: the centre did not hold.

In the 1990s, Italy had a national plan to get into the euro area. But once inside, they had no national plan to make it work. There has been hardly any productivity growth since the country joined. During most of that period, Italy was governed either by the centre-left, the centre-right, or a non-aligned technocrat.

The question Italy’s friends abroad, and especially in Brussels, should ask right now is not how to demolish Meloni. I have no doubt that those with short-circuited logic boards in their brains will try this. Ursula von der Leyen already did this when she threatened a rule-of-law procedure in anticipation that some rule will eventually be broken.

I have no idea whether Meloni will succeed or fail. What I see is that she is avoiding some obvious traps - like the casual pursuit of a euro exit. She will put a boring person into the finance ministry, and focus on the battles she wants to fight. That makes her more likely to succeed than other leaders from the right. This also makes her more dangerous, from the perspective of the centrists.

My advice to centrists everywhere is to focus on the problem. If you want to blame anyone, blame yourself. When your party fails, stop doubling down. Don’t blame the electorate or the media or Putin. Fix the problem. Start by fixing your narrative.

I concluded some time ago that Italy’s Partito Democratico is part of the problem. It is an anti-reform party, beholden to vested interests. It cannot be, and will not be, part of the solution. Nor will Forza Italia. Italy’s old centre is irretrievably broken. If you are serious about centrist politics, you have to reinvent it.

If the EU is smart, it would support that process of change. What we are seeing right now is that the EU is taking partisan positions in Italian politics, just as it did during Brexit wars. And so I am telling you what my former colleague said to me in a busy newsroom some 30 years go: the eurosceptics are winning. In Italy too.