It's quite possible that Europe is celebrating the wrong Hamilton moment. The real one remains as elusive as ever. 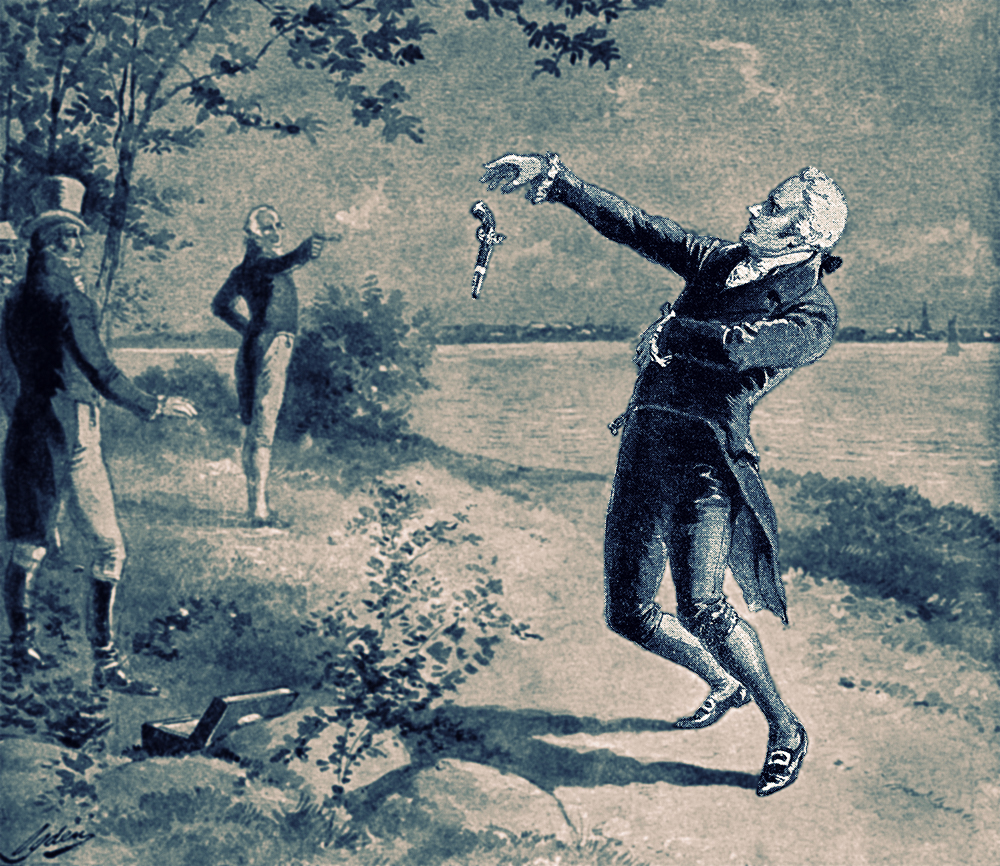 We can only hope that what we saw this year was not Europe’s Hamiltonian moment. For if it was, we are in a lot of trouble. What lies ahead of us right now is a second lockdown, likely to persist for most of the winter. I am picking up more scepticism about the rollout of a vaccine. If there is none by the spring, partial restrictions will continue throughout the summer. Southern Europe will lose the second tourist season in a row. It is a plausible scenario that the pandemic will have persisted for two years before it either subsides or a vaccine are finally deployed. This is the scenario of the other Hamiltonian moment - the one depicted in the historic drawing above - of Alexander Hamilton’s death in a duel against vice-president Aaron Burr.

What European finance ministers praised as a Hamiltonian moment this summer is a delayed budget facility for investment and structural reform. It is worthy in its own right but it addresses a relative luxury problem. I think the more urgent issue is how we will get through a two-year slump.

The economic theory that may come closest to describing what we are going through right now is Edmund Phelp’s 1990s notion of a structural slump. Phelps foresaw the failure of traditional economic models in capturing the modern economy in the era of globalisation and innovation. It is a world that does not respond to classic policy signals in the way early industrial societies did. When the solvency of large sectors of the economy is no longer assured, the traditional tools of monetary and fiscal policy are blunted. The most innovative idea I came across this year was for a modest scheme to inject equity into small and medium sized companies. A version of that proposal made it into the European Commission’s original Next Generation EU proposal. It was killed by the European Council, which sacrificed it to ringfence the €310bn grants component of the recovery fund.

The proposed equity fund would have been small by comparison. It would have been difficult to implement, and even more difficult to scale up. The EU and other advanced nations lack the institutional and legal frameworks for equity investment in unquoted companies. But these are hurdles that must be overcome. The eurozone’s main problem going forward is the private sector. At the root of its problems lies the redundancy of many business models. That redundancy is brutally exposed by the pandemic.

The first wave saw the demise of mid-scale restaurants, coffee chains and pubs. It is now hitting the next wave of businesses. We reported here last week that the rental property market is seeing its biggest shake-up ever. Another big sector unlikely to recover is business services that involve physical interaction, like trade fairs and business travel. These business models became dysfunctional in the crisis, and will stay dysfunctional afterwards because companies and individuals are investing in next generation technologies. The pandemic is a catalyst for a transition that would otherwise have taken longer, or that may not have happened at all. Optical fibre technology makes it possible for people to work at home and achieve higher productivity than they do in the office. The underlying reason we are now so vulnerable to this type of structural shock has nothing to do with the pandemic, but the transition deep into the digital age. We are entering the fourth digital decade. The early phase was focused on digital devices and the internet. This is the phase where the digital revolution affects the way we live and work.

A sensible policy goal would be to smooth the transition without frustrating it. Short-term work schemes and short-term loan support for companies in lockdown were a sensible first-aid response. But the second wave necessitates a response that addresses the solvency crisis directly. European institutions lack the framework. Only a minority of member states have the capacity to handle the crisis themselves. This is where the eurobond comes in - as a source of funding for a joint instrument to recapitalise the European economy from the bottom up. Europe’s struggling companies need capital, not another loan.

This is not about picking winners, but allowing qualifying companies to change their business plans. Many will fail. Some will succeed. The capital should not be restricted to specific sectors, or only to listed companies. This should be an all-encompassing recapitalisation, perhaps conditioned on co-financing from the private sector. This is not a job a central bank can accomplish on its own, even one like the ECB, which is willing to go where no central bank has ever dared.

In other words, the true Hamiltonian moment has yet to come.