Why inflation will rise

Inflation forecasts won't get any better, but what will change this decade is inflation itself: a secular shift lies ahead 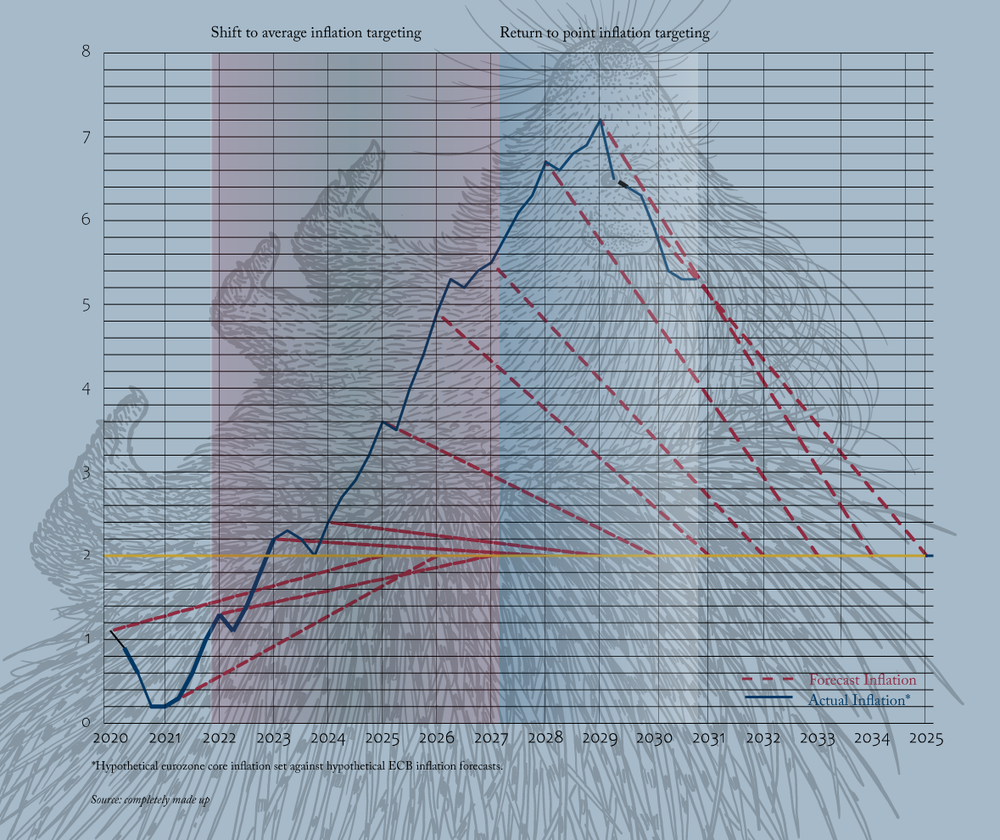 According to ECB data, M1, a narrow measure of money supply, has recently been expanding at annual rates of close to 14%. M3, a broader measure, is rising at just over 10%. This is approximately double its historic expansion. The situation is more dramatic in the US. The measure of the M2 money stock has been pretty stable this century, fluctuating between annual increases of 5%-10%. It is currently expanding at a rate of 25%.

There is not now, and there was not then, a stable and predictable relationship between monetary aggregates and inflation. But that observation does not logically imply that the opposite is true. It is possible, indeed likely, that the relation is strong but unstable.

Much of the uncertainty relates to the velocity of money - the rate at which money whizzes through the economy. Right now, the velocity is low because of the pandemic. I presume it will increase once the roll-out of the Covid-19 vaccine has reached a critical threshold - perhaps in the spring next year. The question then becomes whether a strong and continued increase in the stock of money in circulation, combined with a sudden increase in velocity, could lead to an increase in inflation.

The reason why I expect it will is due to two already revealed preferences by governments and central banks. The first is debt forbearance. Governments are extending generous credits to the corporate sector and will make changes to bankruptcy laws that will shift the balance of power from creditors to debtors. Central banks will expand their asset purchases to include new categories of private sector debt and possibly even shares. We are entering an age of debt forbearance on a macroeconomic scale.

The second revealed preference is the shift in consensus about inflation targeting. The Federal Reserve was the first of the big central banks to adopt an average inflation target. The ECB’s policy review will, I presume, come to a similar conclusion. This means that central banks will not react to a rise in inflation as immediately and strongly as they did in the past.

I agree with Charles Goodhart that modern central banks overestimate their ability to rein in inflation. Goodhart recalls how difficult and painful this was in the 1970s. The present generation of central bankers have never personally experienced that period, at least not as policy makers. Their formative years occurred during the age of rational expectation economic models that came up in the 1980s. With it came the belief that a central bank can influence inflationary expectations through the power of persuasion: if you say it loud enough and often enough, people believe you. History does not support such optimism.

If the global economy becomes subject to an inflation shock, I would expect the eurozone to follow with a delay. We are starting out with core inflation rates at almost zero and an undervalued exchange rate. As US inflation rises, I would expect the euro's exchange to rise too, and constrain the rise in inflation. There are some parallels with Germany in the early 1970s when the German mark, too, was undervalued. Subsequent revaluations provided a buffer against oil price inflation - but only up to a point.

As an aside, consider for a moment the impact of a rise in the euro's exchange rate on EU/UK trade. It would be much larger than any foreseeable regulatory divergence, the kind of which the two sides have been quarrelling about during the trade talks. Yet, as far as I know, the trade deal makes no mention of a much more foreseeable macroeconomic shock.

I am a cautious forecaster, but I see my expectation of rising inflation on relatively firm ground. But unforeseen events, like a war or another pandemic, can and do intrude. If, contrary to what I expect, governments were to repeat the mistake of austerity, for example, then all bets would be off.

But the latter is not consistent with what we already know. Governments and central banks have made it very clear that they will buffer the economy come what may. They will come to see inflation not merely as an undesirable side effect of these policies. Remember this is how we have been solving debt problems since time immemorial.