What is our war aim?

Joe Biden's comments about regime change are a reminder that we can't leave the strategic thinking to the Americans. 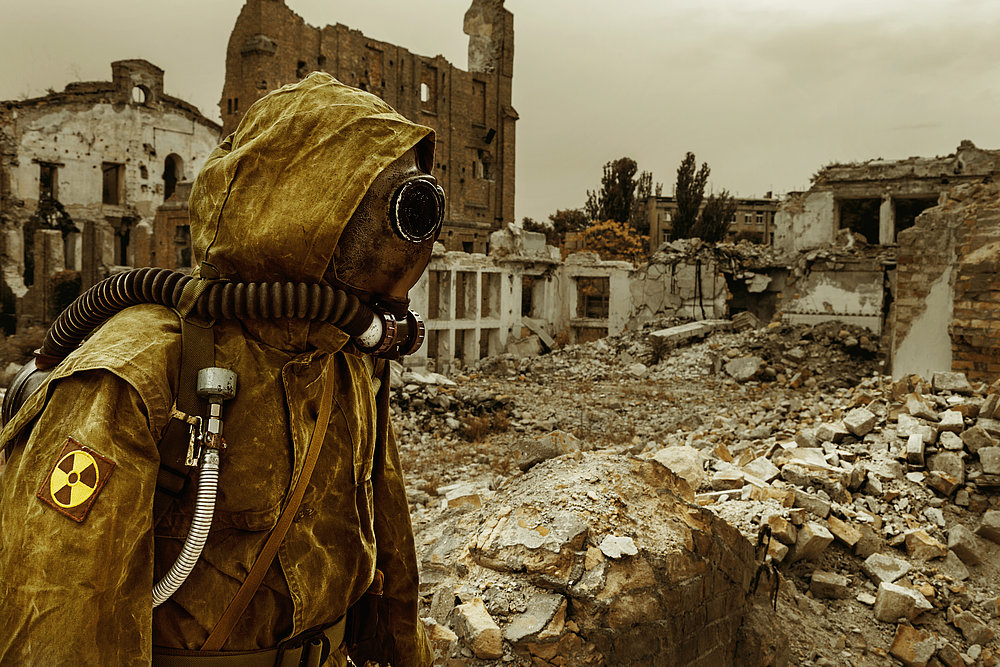 Strategic thinking is not something we do in Europe. The Americans used to excel at this, but then they elected Donald Trump and Joe Biden. The US president’s inadvertent comment in Warsaw that Vladimir Putin must not remain in power marks our first diplomatic own goal in this war. The White House's denial is irrelevant. Biden is on record as saying that he seeks regime change in a country that has nuclear weapons. It is a threat Putin can construe whichever way he likes: as the ramblings of a senile president; or as a declaration of war.

Biden’s comments should serve as a wake-up call for us Europeans. Ronald Reagan, another US president who did not always stay on-message, speculated in the early phase of his presidency that a nuclear war which was geographically limited to Europe was possible. Indeed it is. We can extend that scenario further by thinking about a nuclear war limited to those European countries that do not possess their own nuclear weapons, which is all of Europe minus the UK and France; or to those parts of the EU that are not in Nato: Austria, Finland, Ireland, Malta, and Sweden. Plus Switzerland, and of course Ukraine and Moldova.

From a European perspective, nothing good can come from a US president rambling about regime change in Russia because it raises the possibility of a nuclear war in Europe. There is a massive difference between a risk whose probability we safely consider to be zero, and one that has a small, but non-trivial likelihood.

The first thing EU leaders need to do is switch off their zoom screens and decide among themselves what our exact goals in this war are. This is a surprisingly complex question with numerous plausible answers. Do we really want regime change? Do we want Vladimir Putin to be formally defeated? If that were to happen, would we agree to extend Nato to include Ukraine and Moldova? Would we accept them as members of the EU?

Or maybe our goal should be for the war to end as soon as possible. Wars typically don’t end with one party’s defeat and the other’s victory. The first and second world wars were exceptions that still frame cheerleading war narratives in countries like the UK. By far the most likely outcome of the current war is that it will go on for a long time: years, not months. The point will come when the media will get bored by yet another explosion in a Ukrainian city. Our hyperactive minds will find ways to be distracted. But the high oil and gas prices will stay. So will the refugees.

I wonder whether a European refugee crisis forms part of Putin’s strategic plan. At the end of last week, the number for Ukrainian refugees reached 3.7m, almost 10% of the population. If the war goes on for long enough, the number could double or triple. This is already the biggest influx of refugees since the second world war. Hospitable central and western Europeans have offered to put up refugees in their spare bedrooms for a few weeks. But Europe does not have the capacity to deal with a permanent influx of refugees on that scale. Have we thought this through? What about our cherished rule of law procedures against Poland and Hungary? Will a Russian gas boycott necessitate the extension of coal-fired power stations? If it is, our climate change targets are going out the window. Is this also a price worth paying? Are we ready to subject all our strategic objectives to do whatever it takes to get rid of Putin?

I believe not. We were right to act to deny Putin a quick victory. But this does not logically imply that we keep on doing this for months and years. Putin’s pain threshold is higher than ours. Time is on his side. Unlike Biden, he has a reasonable expectation of still being in power at the end of the decade.

Nor can we smoke him out economically. Oil, gas, and coal are Russia’s largest export commodities, followed by precious metals. Russia is also a large exporter of copper and wheat. What they all have in common is that prices have skyrocketed since the outbreak of the war. Putin’s aggression will lead to a collapse of Russian GDP this year. But in the long term, the western sanctions could produce windfall gains for Russia. If you are the leader of a struggling developing economy and Putin offers you cheap oil in a time of rising global inflation, you would be mad not to take it.

I conclude therefore that we are neither politically nor economically equipped to deal with a ten-year European war. We didn’t think this through. We allowed emotion to dictate our response, unencumbered by strategic thinking. What Biden’s verbal accident has demonstrated is that Europeans would be fools to rely on the US, if only because the threat of a nuclear war is not quite the same for them as it is for us.