A BRIC, impenetrable to sanctions

On the impossibility of isolating a large country in the 21st century. 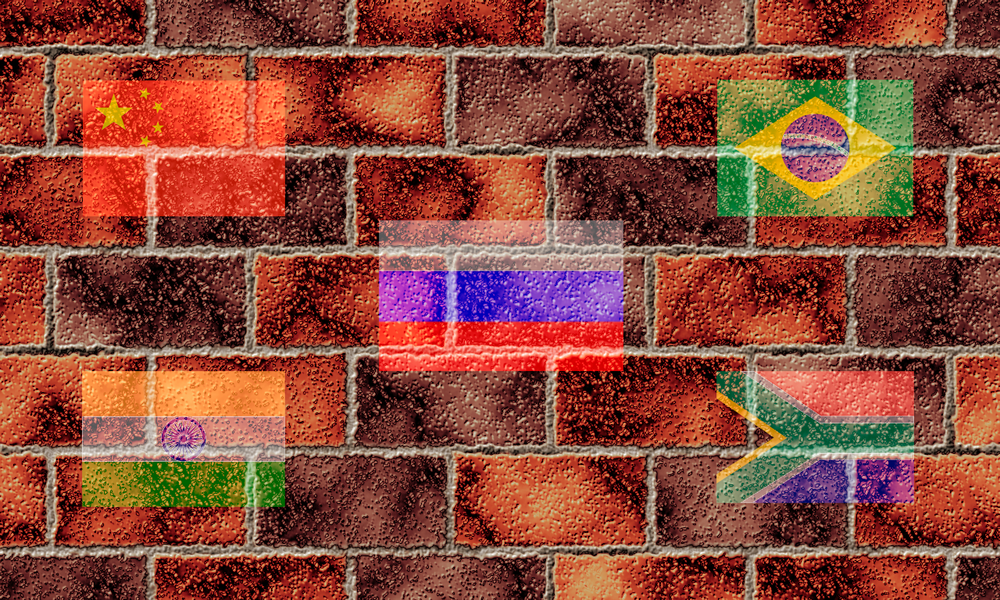 Remember the Brics? This acronym stood for Brazil, Russia, India, China and South Africa. Back in the early 2000s, they were thought of as the five largest emerging economies. What the four that are not Russia have in common today is that none of them have imposed sanctions on Russia. They are not strategic allies of Russia. But they, and many other countries, will continue to trade with Russia.

The west, meanwhile, has taken the biggest gamble in the history of economic warfare. We have frozen the assets of the Russian central bank. Call it a special economic operation.

But we did not think this through. For a central bank to freeze the accounts of another central bank is a really big deal. Economically, what this means is that the entire transatlantic west has defaulted on our most important asset: our fiat money. Russia’s central bank reserves were earnings from legitimate sales, mostly to the west. Courts can freeze assets if they are obtained illegally. But this was not the case here. Russia has violated international law by invading Ukraine. But its central bank accounts held abroad are legal.

With this one sanction, we have done all of the following: undermined trust in the US dollar as the world’s main reserve currency; forestalled any challenge the euro might ever make; reduced the creditworthiness of our central banks; encouraged China and Russia to bypass the western financial infrastructure; and turned bitcoin into a respectable alternative transaction currency. At least the blockchain is not going to default on you.

Vladimir Putin is playing this cleverly. He says Russia will stick to its international contracts and obligations. Russia will not default. It will continue to supply gas, as Russia did during previous wars. Europe is, of course, right to seek greater independence from Russian energy. The quid pro quo is that Russia is becoming more independent of the west too.

Even without the west, a commodities-rich Russia has many markets at its disposal. China will remain a solid business partner. So will India, Pakistan, and Indonesia. And of course South Africa and Brazil, along with most of Africa and Latin America. Russia isolated? You must be kidding. Or suffering from an inflated perception of the transatlantic west in the 21st century.

Now consider what the Chinese will make of our sanctions. The Chinese government knows that its large exposure to US assets is equally at risk. What the US did to President Putin over Ukraine can be done to President Xi over the Uyghurs. The process of de-dollarisation will take time. But China is never in a hurry.

As a direct result of these decisions, we have turned the dollar and the euro, and everything that is denominated in those currencies, into de facto risky assets. The probability of default of a dollar or euro denominated asset can no longer be credibly put at zero. With a single decision, we have created a tail risk.

Of course, no credit rating agency in the world would ever acknowledge freezing central bank assets as a formal default. They will, of course, not downgrade the entire US economy to junk status. Nobody is going to pay them any fee income for that. Nor will freezing central bank assets ever trigger collateral default swaps, financial instruments that constitute a form of default insurance.

So if this is not classified as a default in a legal sense, what kind of default is it then? Think of it as a default on money’s most important promise: that it allows its holders to engage in legal transactions. There are, of course, other ways for governments and central banks to debase money, through inflation for example. But we can hedge against inflation, whereas there is no hedge against the freezing of your accounts.

I hear you say: maybe this is a price worth paying to stop a dictator from waging war. Unfortunately, it won’t. Europe is still paying Putin some €800m each day for oil and gas.

As I argued last week, an oil and gas embargo is the sanction that would have made an impact in the short-term, severely constraining his ability to replenish military stock he is using up now. The west chose the central bank sanctions because they were least inconvenient in the short run. But we did so without even considering the long-term consequences.

We are resorting to the only problem-solving method we know: kicking the can down the road. Until we hit a brick wall.