The political cost of the US/German deal on Nord Stream 2 will vastly exceed its commercial benefits. 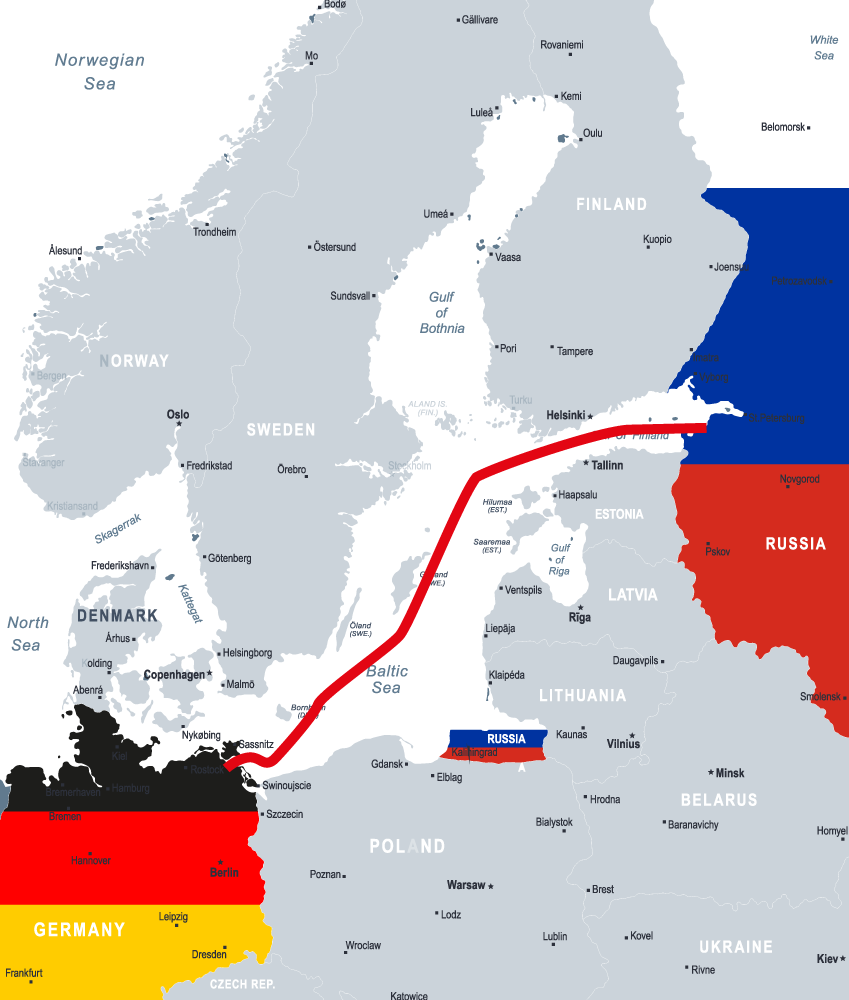 If Angela Merkel had only resigned after 12 years in office, before the 2017 election, people would have remembered her for her brave decision to open the German borders to almost 1m refugees in 2015. What they will now remember is her last big foreign policy success, if you want to call it that: getting Joe Biden to agree to the completion of the Nord Stream 2 pipeline.

The pipeline, masterminded by Gerhard Schröder, is a symbol of the Russian-German friendship. It is also a symbol of European division. The Baltic States and Poland, as well as Ukraine, see the pipeline as a massive violation of their own security interests. The first consequence will be a strategic alliance between Poland and China. That has already started. China is the only security option left for Poland, as Russia and Germany are building a political axis that leaves Poland in the lurch - now with US support. As a sheer by-product, any attempt by the EU to forge a closer and common foreign security policy is doomed now. The countries of central and eastern European would be mad to give up their veto on foreign policy. It’s the only instrument of power they have left. If they did, they would get regularly outvoted by a majority organised by Germany.

The next Polish parliamentary election will take place in 2023, a moment of truth for Poland. The governing Law and Justice party has always benefited from anti-German paranoia. For the Germanophile and anti-Brexiteer Donald Tusk, this will be a very tough election. For Poland’s centrist opposition, Nord Stream 2 is pure poison because its pro-European message will not gel with Polish voters if Germany acts in this way.

From a European perspective, this pipeline is a mistake on so many levels. Biden will find it even harder now to get his 60 still outstanding diplomatic nominees confirmed by the Senate, where the hearings are held up by Senator Ted Cruz. The bone of contention is the pipeline.

The pipeline not only makes Germany more dependent on Russia, but also more dependent on fossil fuels. This is where the fight will go next. The most effective action against it is through the courts. Poland succeeded in a case involving the Nord Stream 1/Opal pipeline, which now has to operate at reduced capacity. This is an issue on which the European Court sided with Poland against Germany.

Any successful legal challenge to Nord Stream 2 could push the pipeline below the threshold of profitability. Another potential hazard for the pipeline fans are the German Greens. If they get into power this decade, they are likely to insist on an earlier exit date from fossil fuel energy production than currently foreseen. The exit from coal is scheduled for 2038. The foreseen end of gas-based power generation is 2035. If the Greens manage to speed up investments in renewable energy sources and bring those exit dates forward by a few years, the profitability of this gas venture would be in doubt.

In the long run, Russia’s over-reliance on oil and gas will constitute an economic calamity for the country. Unlike the Norwegians, the Russian government did not invest the proceeds from the fossil dividends, but sank them into the pockets of oligarchs, including Vladimir Putin himself. So you could argue that Nord Stream 2 is not even in the Russian interest either.

If Nord Stream 2 ever fails, it will fail in the distant future. In the meantime, it will remain the single most damaging object in European security policy - a modern Franz-Ferdinand incident - though it is not seen that way in Germany. Emmanuel Macron, too, once expressed reservations about the pipeline but never put up any political capital behind the campaign to stop it. Biden and his foreign policy team believe, wrongly in my view, that they can co-opt Germany into their China strategy. They will discover that the candidate most likely to succeed Angela Merkel is even more of a mercantilist than she is. Armin Laschet stands in the tradition of German corporatism. It is no accident that Schröder supports him. He is the Schröder of the CDU.

My advise to the Polish and the Baltic governments is to continue opposing the pipeline with all legal and political means. My advise to the Greens in Germany is to support the eastern Europeans. What is at stake is the future of an EU foreign and security policy. On current form, it has to wait for at least another generation.