The average is a poor statistic to explain climate change. And a disaster to communicate it. 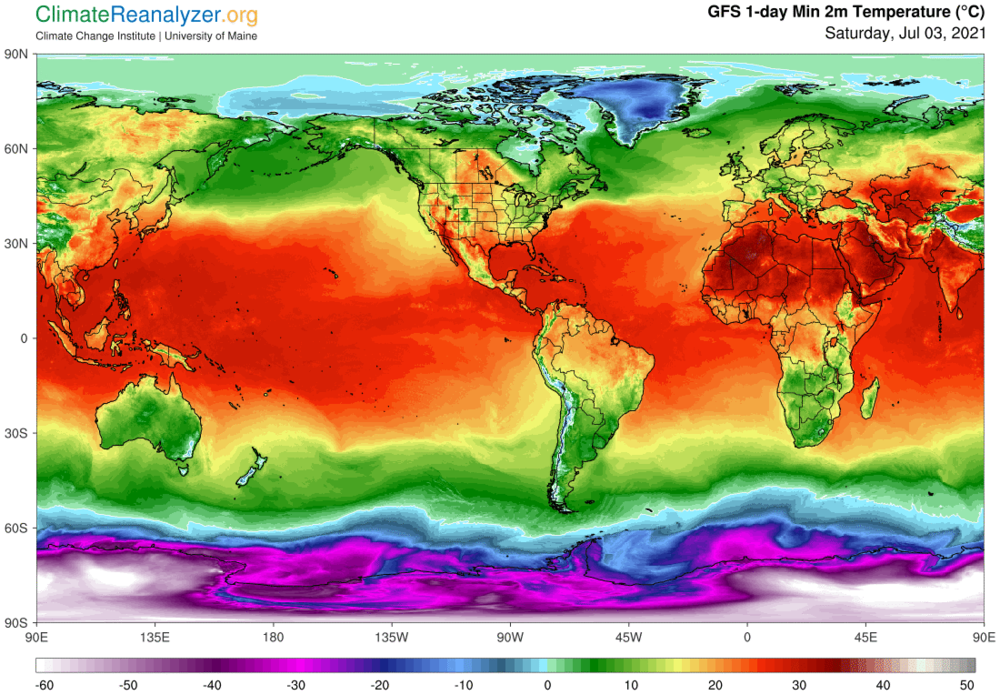 The idea that the earth’s temperature might rise by 2 degrees does not even begin to capture the horror of what that would mean in terms of weather extremes and its impact on human lives. So why do we still talk about averages?

Climate change is caused by a rise in global temperatures. It is not caused by an average. The average is a statistic, one of many. Sometimes, it is even a social construct. We measure it because we can, because it is easy, and in some cases because it allows us to manipulate views.

The average is not a cause of anything. If you want people to grasp the impact of climate change, the very worst thing you can do is start talking about an average rise in temperatures of 2 degrees. Experts use averages and other statistics to understand complex data sets. But when you talk about climate change in the communication with the public, you want to focus on extremes, not averages: high temperatures, floods, storms and droughts. I remember a newspaper columnist once ruminating that a 2 degree rise in global temperatures would be quite nice for the UK - a statement that is incorrect even on its own terms. In the UK it would lead to massive flooding and dislocation. Averages are for morons.

People in western Canada last week did not die because average temperature went up, but because actual ones did. The highest measured temperature in British Columbia last week was 49.6 degrees Celsius, the highest ever measured local temperature to the tune of several degrees. Meteorologists attribute this to an omega-block over the north-western US and south-east Canada, so named because the isobars have the looks of the Greek letter Omega. The hot weather has then triggered convective storms - high speed winds without rain. Extreme heats and winds have led to extreme forest fires this weekend. Severe weather begets severe weather. That is what climate change is, and that is what you want to measure. The average temperature in Canada this year is a comparatively irrelevant statistic.

The problem with statistics, especially in political debates on issues like climate change, is not that people lie on purpose. That happens too, as famously captured by the book Lies, damned lies and statistics. I believe that most people who cite statistics do so in good faith. Their error is that they don’t know what they are doing, and that they build complex arguments on the basis of a flimsy data, and meaningless statistics. Some of the worst offenders are economists and political analysts. Armed with a statistics 101 course, pseudo-numerates are particularly prone to the garbage-in-garbage-out phenomenon.

After the Brexit referendum, I used to quote an example of the gap between two statistics: one used by economists about average UK incomes, which had risen in the years before Brexit. The other used by sociologists about the household disposable income broken down into deciles of the population, ranked on an income scale. The latter showed that only the very poorest and very richest did better. The median group - the one in the middle of the income scale - experience a decline in disposable incomes over the previous decade. That statistic is certainly not the only explanation, but it prevents you getting stuck in fool's paradise, in which the average signalled that all was fine.

Inflation is an average metric too. Central banks have good reason to stabilise the average rate, rather than the price of strawberries. But they always run into difficulties because of some volatile prices. This is why the experts are using metrics like core inflation. So they should. The average is a very average statistic. It is occasionally useful, but when you need it the most, chances are that it does not capture what you need to know.

In climate change, the problem with rising temperatures are the dynamic effects. What is happening is that the rise in temperatures interacts with a complex dynamical system and creates domino effects. The consequence will be extreme temperatures, droughts, lack of water in some parts of the earth, extreme rains and flooding in others, reduced bio-diversity, and massive damage to our oceans.

The UN office for disaster risk reduction has recorded an 83% increase in the number of natural disasters from the 20-year period 1980-99 to 2000-19. The number of large floods have doubled, and the number of severe storms have gone up by 40%. Now, this is what I call statistics. They still don’t tell me everything I need to know, for example whether the fluctuation between the two time periods is higher than between previous periods.

But we better start counting the events themselves, and not rely on statistics that average them out.