Europeans often confuse strategic goals with commercial gain. Maximising your trade surplus is not a strategy. 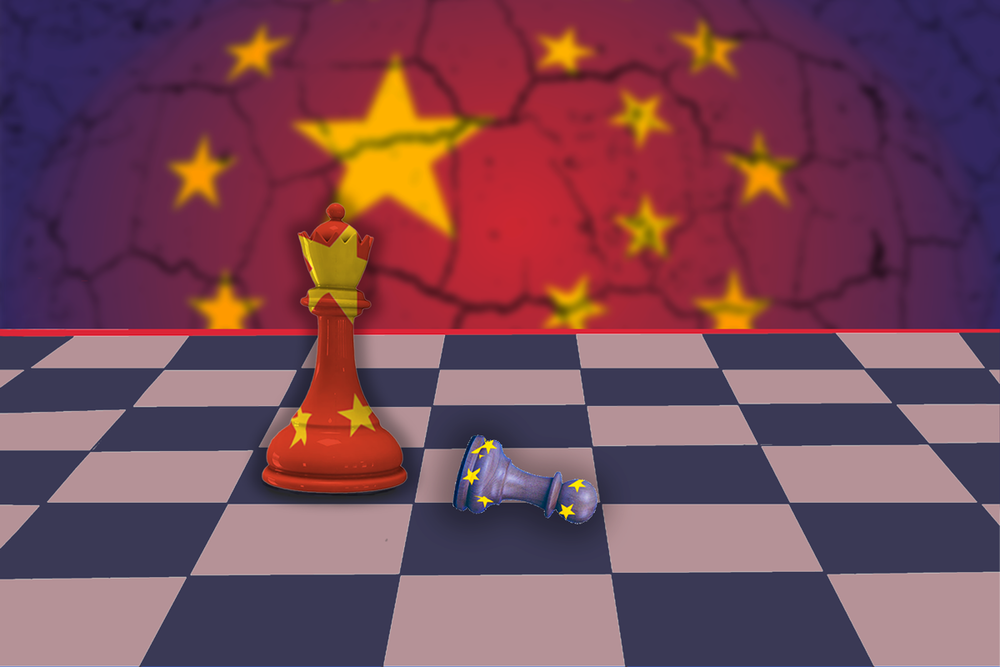 An advanced technique in chess is called the positional sacrifice. It is a technique used by grandmasters where a player sacrifices a figure in exchange merely for a positional advantage. This is a more subtle strategy than the one where you sacrifice a pawn for an opponent's knight. Military strategists like Sun Tsu and Carl von Clausewitz have employed similar notions. Strategy is not doing what you want to do when you want to do it. Strategy involves sacrifice in exchange for a greater goal, with uncertain paths in between.

When we talk about strategic autonomy for the EU, what is definitely not meant is listening to lobbyists. Or to misquote von Clausewitz, it is not the continuation of mercantilism by other means. When Helmut Kohl, Gerhard Schröder or Angela Merkel visit Asian countries, they usually travel with hordes of businessmen in tow. A strategy would be to leave them at home, and to tell your trading partners that you only conclude preferential free trade agreements with countries that meet minimal criteria for human rights. Sacrifice is not an optional by-product of a strategy. It is the essence of it. You gain something you want, and in turn you give up something that is valuable to you.

A strategy is not objectively right or wrong. There is no such thing as the European or American interest. Strategy, and the lack of one, are political choices. During the Cold War it was the primary geostrategic goal of the US to contain and defeat communism. But Henry Kissinger's diplomacy to collude with fascist dictators was a controversial price the US was willing to pay for that strategy. It is already becoming clear that the EU - like Kissinger - has a relatively high tolerance of undemocratic regimes, both inside and outside the EU. So when I say the EU should become a strategic actor, I am fully aware that I might end up disagreeing with the strategy it chooses.

The most important geostrategic position for the EU right now is its relationship with China. There are a number of plausible alternative strategic goals. The EU could choose to prioritise climate change and co-opt China into a strategy of carbon neutrality by 2050. Alternatively, the EU could choose to prioritise human rights. Economic policymakers have known since time immemorial that you cannot pursue two goals with one policy instrument. I personally would prioritise human rights on the grounds that regimes that don't respect minorities and democratic freedoms do not stick to internationally agreed targets either. China's non-cooperation with the World Health Organisation right now should serve as a warning.

But whatever strategy the EU chooses, it should not pretend that a perceived commercial advantage constitutes an act of strategic autonomy.

That said, the EU was right not to consult with the incoming Biden administration before taking a decision. The EU should be free to strike its own bilateral deals just as the US does. The power vacuum in Washington was almost certainly a reason why Angela Merkel chose to press ahead with the EU/China deal. The chess grandmasters would approve.

But the converse statement is not true. We are not strategically autonomous simply because we decide to go our own way. The whole idea behind EU is that we give up part of our national sovereignty in exchange for a greater good - the exercise of shared sovereignty. It has been one of the more questionable claims of the pro-Brexit campaign to argue that national sovereignty increases strategic autonomy.

I think Merkel has drawn the right conclusion from the US elections: when 75m voters support Donald Trump, we cannot claim that his America-first ideology is defeated, no matter what happens to him personally after last week's events. The US is a deeply divided country that could easily flip the other way in a future election. The EU is definitely well advised to become less reliant on American goodwill.

But real strategic autonomy will require a much broader discussion in the EU about the strategic goals. This cannot be left to technocrats or lobbyists. What is good for Volkswagen is not necessarily good for the EU. If you reduce your strategic perspective to trade and investment alone, you confuse welfare maximisation with strategy. Strategic choices are usually not economically optimal ones.

Just ask the grandmasters. They will tell you that strategic autonomy requires positional sacrifice - the one where the quid pro quo is neither immediate nor objectively true. And as with real-life strategies, reasonable grandmasters also disagree.