How to resist fiscal dominance

The ECB is intent to resist market pressure to bail out governments. But it may struggle. 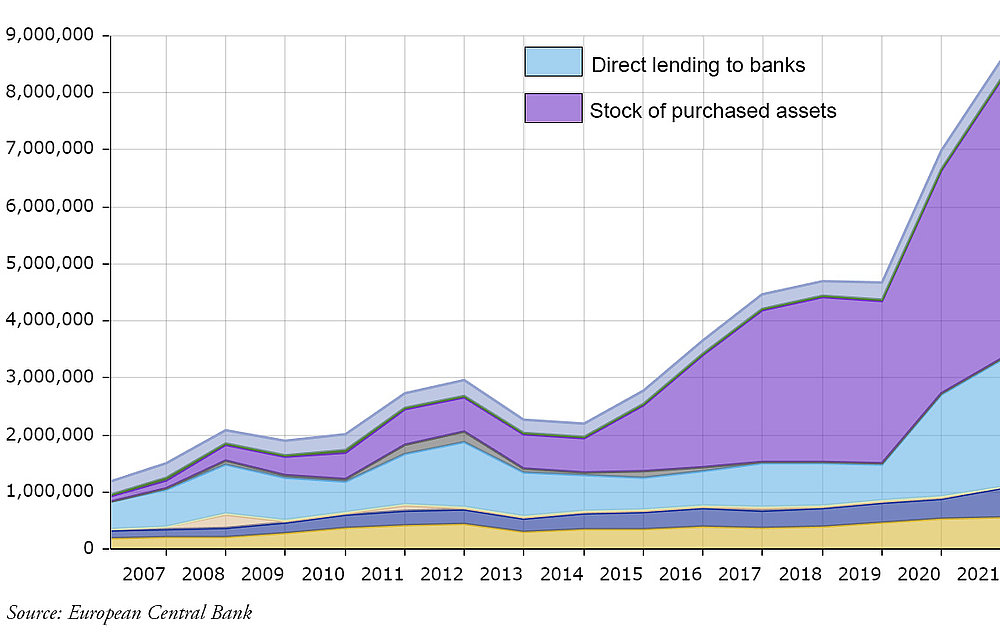 I have been observing this slow moving train wreck for a year now. Financial markets were absolutely certain that the European Central Bank would follow up with a new programme of asset purchases after the existing programmes expire. But when I talked to central bankers, I was regularly assured that this would not happen.

Over the last week, that conflict came to a head. The ECB announced the end of the asset purchases and did not put anything else in place. All the ECB said was that it would work on an emergency instrument. The bond markets panicked.

What is happening between the markets and the central bank is not just a form of mutual miscommunication. This is a power struggle. The ECB is resisting what is known as fiscal dominance, which is when a central bank can’t follow its target because it is under pressure to bail out governments. There are short moments, as in the last decade, when a central bank’s goa, stabilising inflation, and a government’s goal, securing low funding costs, coincide. But in a time of rising inflation, a central bank can either achieve price stability, or bail out sovereigns, but not both at the same time.

Christine Lagarde left no doubt that the ECB will at least try to tough it out. She said during a conversation at the London School of Economics that the ECB would not subject itself to financial dominance. Financial dominance is a broader concept than fiscal dominance because it includes bailing out banks and other financial institutions as well. I don’t get a sense that, at least in the financial markets, everybody takes the inflation target seriously. Many economists take the view that the main lesson of the last decade is that sovereign bonds are absolutely essential to the functioning of monetary policy. Their health must therefore be the number one priority. This is not the lesson the ECB has drawn from the last decade.

Many of the discussions about monetary policy I have been following over the years are utterly confused by a failure to accept monetary policy targets for what they are. If we all agreed that the central bank should follow a symmetric 2% inflation target, as the ECB does, we might still disagree on the economic outlook, and on trajectories. But at least our disagreements are transparent and tractable. What obscures many discussions is the presence of hidden agendas.

What Lagarde’s statement tells us is that she falls into the <10% group. I think that her view also reflects that of a large majority inside the ECB’s governing council.

I am, however, more sceptical about their ability to withstand fiscal and financial dominance. There are no easy answers. The central bank knows it cannot ignore sovereign debt spreads, because they do affect monetary policy transmission mechanisms. This is a macro finance story. The euro area’s money markets use sovereign debt as the main collateral. If the value of, say, Italian collateral declines, a financial doom loop sets in, as it did in 2012.

The only instrument that would fix this problem is a mutualised eurobond. Once the problem of collateral quality is taken care of, the central bank could then deal with any financial fragmentation issues directly, without resorting to full-blown QE. Without a eurobond, monetary policy might not be in a position to achieve both financial and price stability at the same time.

In other words, fiscal dominance is not so much a matter of choice, but one of a lack of alternatives. The ECB may well be stuck in this situation. Support the bond markets, and risk a permanent overshoot of the inflation target. Or don't support the bond market, and risk a sovereign-debt crisis, a financial meltdown. At that point, it might risk missing the inflation target in the other direction.

Herein lies the big difference between the EU and the US. The Europeans always find it harder to reverse economic policy support. A US stimulus programme is a cheque in the post. QE has ended there completely. In Europe, as of now, we are still buying bonds, interest rates are negative, and fiscal rules are suspended. When we do respond, we launch a multi-annual investment programme, like the recovery fund.

Herein lies the real problem with policies that purport to do whatever it takes. Once you enact them, you find it hard to undo them. They create a dependency culture.