It is time to consider the reality that nobody is winning this war. 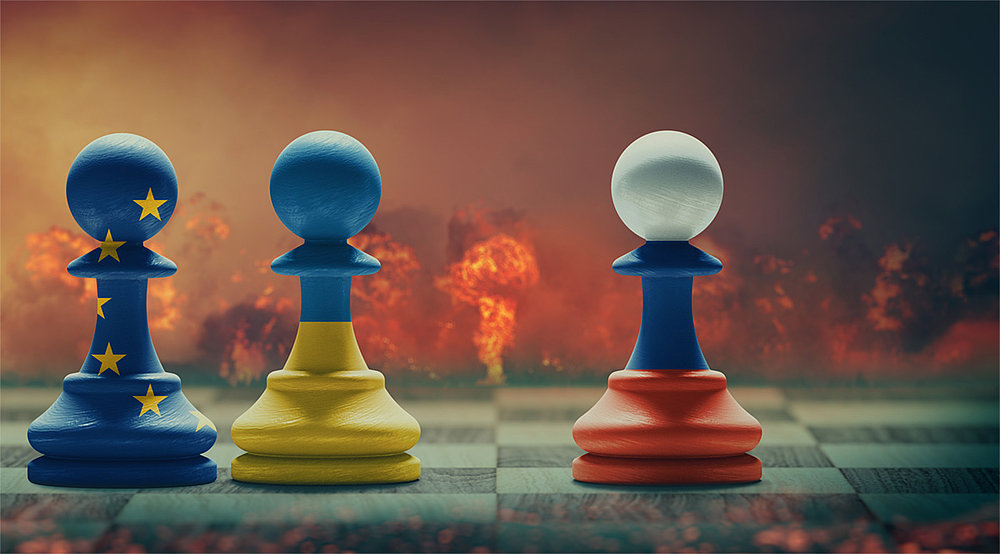 The idea of separating the world into goods guys and bad guys is historically a relatively new one. The first time I remember ever hearing this phrase was from Bruce Willis, whose career has just ended due to an illness. This may be an appropriate moment to reflect on binary value judgements in politics.

Ronald Reagan famously called Russia the evil empire, but he was a pragmatist, and later cut a deal with Mikhail Gorbachev. The UK did not appease Hitler in 1939, but made peace with Germany in 1945. Those who fantasise about dragging Vladimir Putin in front of a war crimes tribunal are not only setting themselves up for disappointment. Ukraine itself may end up cutting a deal with the bad guy, and leave you standing in your morally superior posture, hyperventilating.

A war crimes trial can only happen if Russia loses the war, if there is regime change in Russia, and if the new government decides to extradite Putin. These are three loaded assumptions, none of which very likely.

For starters, most wars don't end with a clear winner and loser. This may well be one of them. Ukraine successfully inflicted extreme losses on the Russian side, but Russia's campaign is going better in the southeast. They are now re-grouping. Remember the retired generals who predicted that Russia was facing imminent defeat and a collapse? Russia's most potent weapon is not nuclear bombs, but patience that outlasts the western news media's short attention span. Some folks on twitter tend to treat this war like a football match, and are getting impatient because the referee hasn't blown the whistle yet. Others, especially in the UK, compare it to World War II, where the bad guy did get defeated, where there was regime change, and where the surviving members of the ancien regime were put on trial.

The reality is that it is complicated. The west needs to hold firm against Putin. But we should not overestimate our own power. Our sanctions are not succeeding because they don't include oil and gas, and because China, India and others still support Putin. Sanctions have a role to play in foreign policy. They can bring small countries to their knees. But Russia is too big for that to happen. We are not going to smoke them out.

Another factor to consider is that Germany in particular is not willing to suffer even a small effect on its GDP as a direct result of sanctions. Putin has a higher pain threshold. A 30% hit to GDP won't deter him. It is complicated also because it is asymmetric.

I noted a comment from Mike Mazarr at the Rand Corporation, who argued that sometimes it is the right moral choice not to intervene. Many people do not like hearing that. Like him, I, too, am struck with the ease which some brain-fogged do-gooders are advocating that Nato directly engages with a nuclear power, without even considering the possibility of the bloodshed that this might trigger. Nato should reaffirm its Art. 5 commitment to collective self-defence. But it would be wrong for Nato to attack Russia, unless it is attacked by Russia.

If we can't even get ourselves to end gas imports from Russia, there is no way that we can inflict a total military defeat on Putin. We are still funding his war. It is the defining characteristic of the modern EU that it hides behind Germany. The reality is that, by refusing gas and oil sanctions, the EU is providing Putin with the foreign exchange he needs to fund all the activities of the Russian state, including his war. Without that money, he would struggle. If you have to hyperventilate about something, it should be that the EU is choosing sanctions not with a strategic purpose, but as a virtue-signalling exercise.

This means that we are deep into a scenario of second and third-best outcomes. It will get messy and complicated. Some people will end up very confused because there isn't a good guy and bad guy any more.