The north-south divide is now the biggest threat to the EU. It's about culture more than economics. 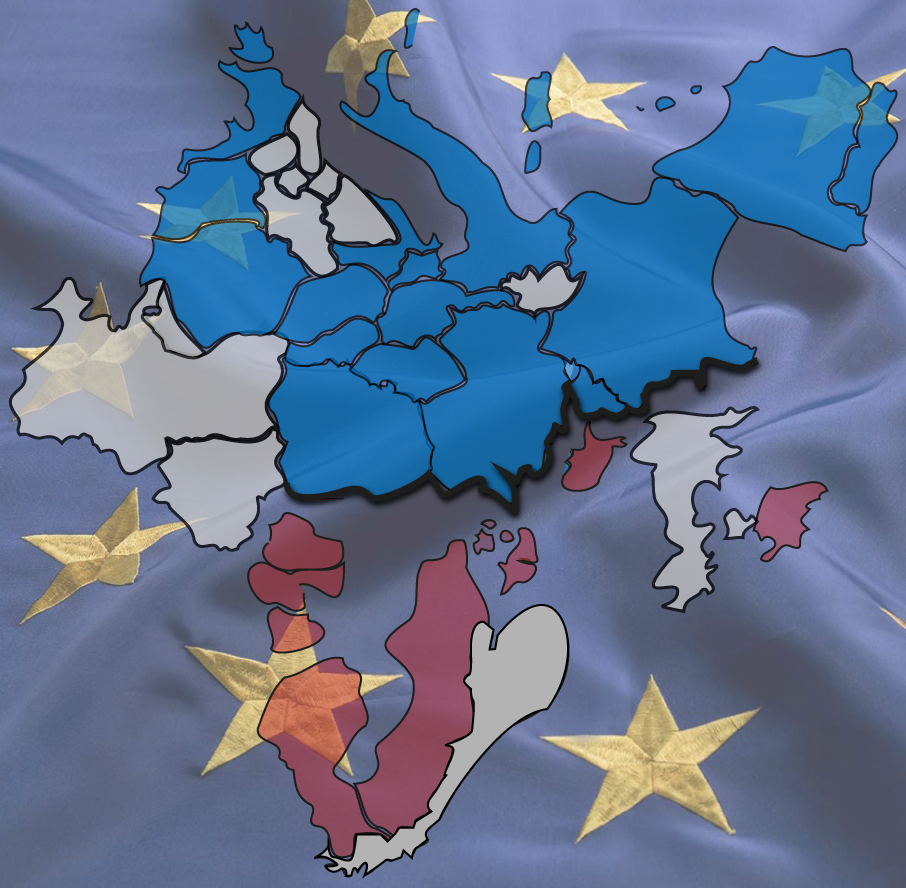 According to Newton’s third law of motion, every action has an equal and opposite reaction. It is a fitting description of the dynamics of European integration. The further integration proceeded, the more it was opposed. What physics cannot explain is why this is happening in northern Europe of all places.

The current dispute is not primarily about money, but values and culture. The main characteristic of the northern mindset is not frugality. It is a sense of moral superiority derived from the protestant work ethic. All our quarrels about economic policy are subsumed into that.

For me the most revealing moment of the recovery fund debates was a comment by Wopke Hoekstra, the Dutch finance minister. He asked the European Commission to investigate how southern Europe got itself into a situation where it needed the money. This was intended and understood as a provocation. But it goes to the heart of the conflict. Hoekstra implied that if southern Europe had followed the rules of the stability pact over the last 20 years, it would not be in this mess. Many columns have been written to contradict this theory, including by me. The perception that fiscal sustainability and law abidance are linked is not always wrong, but I believe it is wrong in this particular case. The majority of the Dutch, the Finns, the Swedes and the Danes agree with Hoekstra. Many, if not most Germans do too.

The controversy stemming from what is known in European political jargon as rule-of-law brings all of our conflicts together. Rule-of-law is shorthand for a proposed linkage between the flow of EU money to member states, and their respect for the EU's legal principles.

As we wrote here last week, there is a significant possibility that the EU budget will not be passed in time for the next seven-year financial period, which starts in January. Council negotiations are gridlocked. The German EU presidency proposed a compromise using language that establishes rule-of-law in principle, but in such a way that nobody will suffer any real consequences. A classic, spin-doctored EU compromise.

The first casualty will be the recovery fund. It is part of the EU budget. If budget negotiations do not advance, the recovery fund, too, will be gridlocked. And even if governments eventually agree to a joint formula, it would take only a single national veto for the whole thing to break down. That could happen in Hungary or the Netherlands. Our best-case scenario is one where the budget takes effect after only a short delay. The EU would still be able to operate, but the recovery fund would have to wait.

It seems odd that an issue as technical as rule-of-law is much more charged politically than the recovery fund itself. EU leaders were haggling over money in July, but they all agreed on the principle. This is not the case with rule-of-law. Hungary and Poland reject any rule-of-law linkage. The Dutch and a group of six other member states reject a foul compromise. So does the European Parliament.

Why is this so?

In July, Rutte and the frugals took negotiations in the European Council close to the brink, but compromised in the end. The fund was not the right excuse to bring the house down. Rule-of-law, by contrast, constitutes a much better subject on which to take a principled stance. It is perfectly reasonable, defensible and even in line with centrist beliefs to refuse to be blackmailed by strongmen like Viktor Orbán.

But this is not only about Orbán. Imagine what would happen if recovery fund money wound up in the hands of the Italian mafia? Or if disbursements were hijacked and misused? This is not a far-fetched scenario. The EU has never attempted an investment programme of this scale before. Some countries will struggle to absorb the funds. It would be a miracle if everything went according to plan. What then?

That would be the point where Rutte uses the emergency break he negotiated in July. He and other frugals may be outvoted. In any case, there would be an almighty political crisis, one in which Rutte could claim the moral high ground. Those who celebrate the recovery fund as a step towards a fiscal union, or as a Hamiltonian moment, should be careful what they wish for. Just like the monetary union itself became a source of division in Europe, so too can the recovery fund.

This dispute about rule-of-law compliance goes to the heart of the debate about European integration in the early 21st century. It is about the relationship between the EU and its members; about fiscal union versus national fiscal autonomy; about the neoliberal foundation of the single market; and about the role of the EU in the world.

Deep down, all these conflicts are about culture. The EU has been successful in creating a single market, a single currency and a passport-free travel zone. But it did not eradicate a false sense of moral superiority. That belief is a northern speciality. From there it is not far to another illusory conclusion: that you don't need others as much as they need you.