What happened to Germany?

The pandemic has exposed two German myths: of competency and superiority. 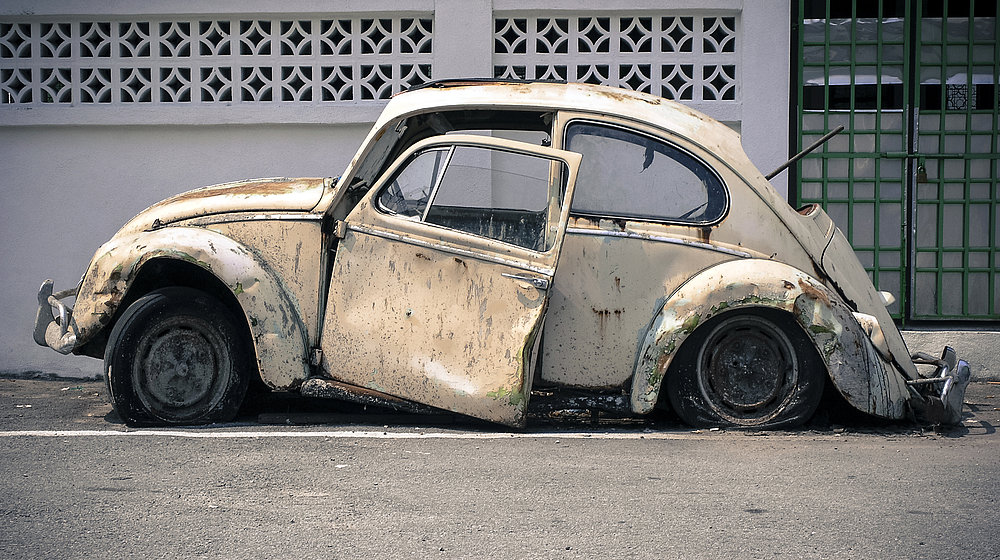 Fortunes have turned. The German government's serial errors in the management of the pandemic have ended any notion of German competence or superiority. During a talk show last week, a group of experts agreed on what one of them called state failure - the dysfunctional state of the entire apparatus of government and parliament.

Being a scientist by training herself, Merkel is more inclined to listen to scientific advice, and perhaps more likely to understand the subtleties of the advice she is given. But she is just as prone to panic as other politicians when under pressure. Last week, she was forced into a U-turn. The scientists she normally listened to wanted the government to stick to the previously agreed threshold of 35 infections per 100,000 inhabitants as a precondition for lifting the lockdown. Merkel supported a compromise to raise the threshold to 100, which is above the current national average rate of around 60. That allows some of the state premiers to end the lockdown if they wish, despite the vaccination delays. As of this weekend, only 6% of Germans have been vaccinated, compared to 40% in the UK.

It is no accident that in the UK, political fortunes shifted in the opposite direction. The latest YouGov poll has the Tories 13 points ahead of Labour. Back in late January - not that long ago - Labour was 4 points ahead. Fortunes have turned there too. And they can turn back again. These massive political shifts are not noise. The British have decided that their government is doing a good job. That includes people who opposed Brexit. The Germans have decided that their government has messed up the vaccination strategy. And that includes CDU voters. The vaccines will eventually be deployed. We expect that, from April, the roll-out will accelerate everywhere in the EU. If all goes well, a degree of herd immunity should be achievable by the late summer. Even in the UK, with its national health service, it took some three months for that level to be reached. To vaccinate an entire population constitutes an extreme logistical challenge, especially in countries with a decentralised health system like Germany's.

German polls began to register discontent with the government's crisis management as early as last November. By January, when the mood started to shift, the general election polls still had the CDU/CSU way ahead. The headline numbers, too, have now softened. This Sunday, there are two important state elections: in Baden-Wuerttemberg and Rhineland-Palatinate. The latest state polls show a small fall in support for the CDU. If these numbers hold up, it would be a poor showing, but not catastrophic. It is not clear where such a result would leave Armin Laschet, the new CDU leader, and his ambition to become his party's candidate for chancellor. The worse the CDU performs this weekend, the better the chances of Markus Söder, the Bavarian prime minister and CSU leader, to succeed Merkel.

Will the CDU's fortunes reverse once the vaccination programme is finally rolled out? Will people conclude that the government made a forgivable mistake, or will they agree with the notion of state failure? By the time the vaccination programme reaches critical mass, people will be relieved it is all over. They might be inclined to let bygones be bygones. Then again, at that point it will become possible, statistically, to measure the government's policy errors in terms of a death toll. So even if you want to move on, it is not clear at all why you would necessarily want to re-elect the same people. I don't expect this to blow away so quickly.

German political commentators have coined the useful, but vague notion of Wechselstimmung, a generalised mood in the country that a government is no longer working well, combined with the hope that a new government would bring change. For the first time since Merkel became chancellor in 2005, I think there is such a mood. During the 2017 election, the political right was disillusioned with her refugee policy, but the centre held firm. Now the centre and the right are both unhappy, and the left no longer wants to be in a coalition with her.

It is hard to believe that we are now in the third month of 2021, looking back at the good old days of 2020, when a German chancellor was admired for her steady leadership at home and abroad, and when the number of Covid-19 infections and fatalities was low by European standards. It is a reminder that Germany is not so different after all - except that the gap between self-perception and reality is perhaps a little wider. And a reminder of the power of intruding events.