It is our continued flow of money that has paved the way for Vladimir Putin’s war. Time to end it. 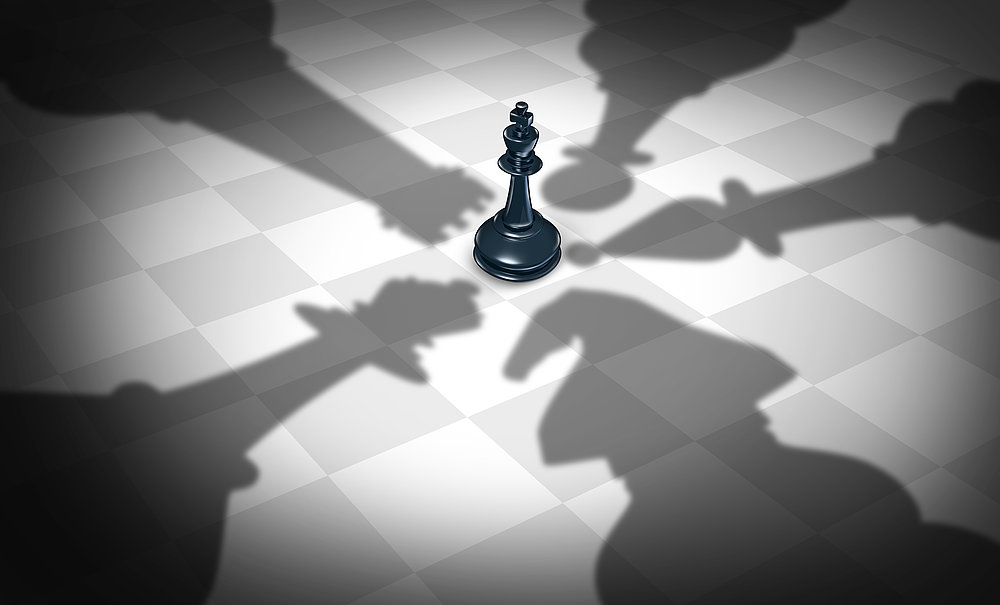 The odds of the war favour Vladimir Putin. He is more ruthless than we are, and the West keeps on financing the war through $700m worth of imports of oil, gas ans coal every day. Robert Habeck, the German economics minister, has categorically ruled out an energy import ban, on the grounds that it would endanger Germany's social peace. And this is the German politician who opposed Nord Stream 2 long before it was fashionable to do so.

It was a revealing comment. Social peace in Germany, whatever that is, has a higher value than peace in Europe. I am not sure whether he spoke for himself or the government. This does not sound like what he would usually say. But it tells us that, as of now, we have reached the limits of meaningful sanctions. Germany ended Nord Stream 2 unilaterally. Germany raised its defence budget to 2% of GDP, plus extra investments, again unilaterally. German reluctantly agreed to what turned out to be very limited sanctions on Russia's exclusion from the Swift payment communications system. For now, this is it.

To be able to invade a country the size of Urkaine, Putin needs western money. He did not anticipate the west freezing around half of his $600bn in foreign reserves. But this will not stop him from waging war because each year, he receives some $250bn in revenues from energy sales. The higher the oil and gas prices, the higher the revenue.

If we cut him off now, we won’t be able to stop this war, but we can achieve two other goals. We can stop him from waging another war in Europe. And we can make the cost of occupying Ukraine crippling.

Rather than congratulating ourselves on what we did already, we should reflect a moment on our own role in his war. We increased our reliance on Russian energy after he annexed Crimea in 2014. At no point did we ever solve the problem of our energy dependence. Going after the yachts of some oligarchs is one of many ways of not solving the problem. Inviting President Volodymyr Zelensky to a grand-standing session in the European Parliament is another one. We are not going to make Ukraine a member of the EU.

It is our continued flow of money that has paved the way for Putin’s war. His military strategy is the same as it was in Chechnya and in Syria. He encircles and destroys. He will do to Kiev what he did to Aleppo, Grozny, and most recently to Kharkov. Putin is a very predictable military strategist.

Francois Hollande, the former French president, said yesterday that the EU should consider an import ban of Russian energy, and that Germany would have to accept to shoulder that burden. I agree.

But a total import ban is unlikely, just as a total Swift was never going to happen. Ursula von der Leyen announced it to great fanfare. The newspapers reported it. And when it emerged that it it would only affect seven Russian banks, nobody paid attention anymore. If we ban Russian energy, the EU will use the same playbook.

If we impose partial sanctions to stay just below the pain threshold, two things could happen. One is that Putin could do nothing, and still collect enough money to fight wars. Or alternatively he could cut off the rest of the energy supplies, and sees what happens to Germany's social peace. In fact, it is not just the social peace. An import ban of Russian gas would constitute a material shock to Germany's entire economic model. Germany's energy needs and the structure of its export industry are interconnected. We are therefore faced with a real problem, one of our own making. A total import ban might cripple us economically and politically.

The German economics ministry has started to count the costs of the sanctions already agreed. The economic boomerang effect cannot be measured by net flows of Russian energy goods. Russia, too, is part of our supply chains. For example, one way German companies managed to circumvent the shortage of container ships was to switch to trucks and trains from China through Russia. That route is now closed.

The imposition of a total import ban falls into the category of things that are both necessary and impossible. One way the EU has try to resolve such comflicts in the past is to create a celebratory parallel universe. We celebrate Ukrainian successes in battle, and day-dream about whether Ukraine might even win the war. We wax lyrical about the changes in German politics. But for as long as Germany imports Russian gas, oil and coal, it remains true that the most strategic alliance on the Eurasian continent is that between Germany and Russia. What I expect to happen therefore is a smoke and mirror version, similar to what we did with with Swift. And leave the initiative to Putin to play the next move in the chess game.

Like a distracted chess player, Putin has miscalculated badly. But the odds still favour him. He has many more pieces on the board. Gary Kasparov, who knows a thing about strategy, and chess, wrote that Putin was winning because his opponents do not know how to play the game. We agree with him on one specific point: we need to declare very precisely in advance what would happen if Russian troops crossed a Nato border.

Kasparov interprets our principled reluctance to enter into combat with Russia as strengthening Putin's confidence. If he gets into Ukraine, the Baltic Republics will be next. Zelensky said the same too. I think so too. Putin could make the case that he needs access to the Russian enclave of Kaliningrad. Once gain, he would claim that the eastern Baltics, too, were part of the Soviet empire. The west can be relied to react with the fiercest degree of so-called outrage.

The EU and the US will need to do two things right now. Impose a total import and export ban. And declare that any transgression of Nato will be met with a total destruction of Russia's military capabilities.