The last thing the Europeans should do after a Biden victory is trying to revert to the comforts of the old relationship. 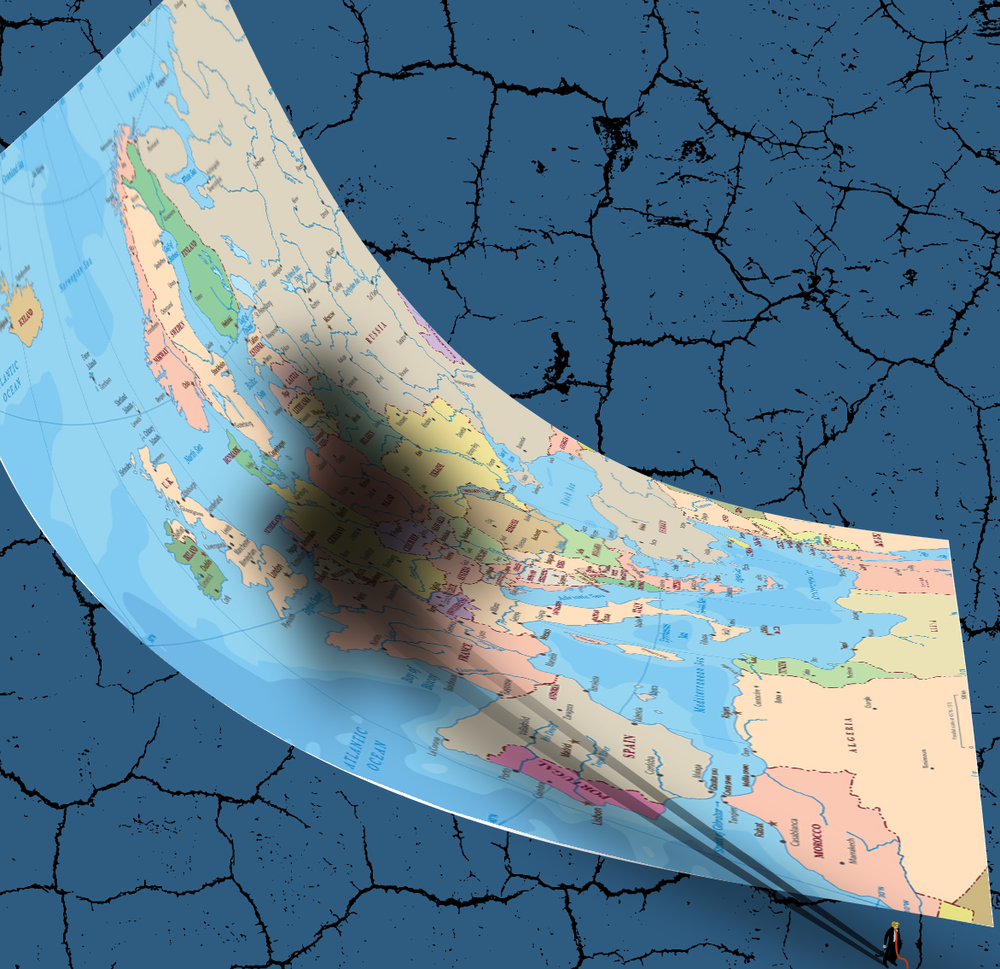 Donald Trump has rendered an involuntary service to Europeans. He made it clear that we need an independent foreign policy. Whatever happens in the US this week and beyond, this could be his lasting political legacy for us. But this legacy will only matter if we continue to do in the next four years what we started after Trump came to power, hesitantly and incompletely.

Last week, for example, the EU gave itself a mandate to impose unilateral trade sanctions. The idea is to become more independent from the appeals panel of the World Trade Organisation. This panel is currently blocked because the Trump administration has refused to nominate judges, and so it does not have the quorum to rule on appeals.

Trump also made at least some Europeans realise that the euro can be more than just a common currency, but potentially also a foreign policy instrument. I think this is the EU's best shot at wielding real foreign policy power. The US discovered some time ago that the dollar and US capital markets can be supercharged as foreign policy instruments - by enforcing primary and secondary sanctions. The US, for example, threatened European companies and their banks with a loss of access to US dollar markets unless they complied with US sanctions against Iran. Only an inferiority complex stands in the way of the EU doing the same. The euro is not as big as the dollar, but big enough. It is the world’s second-largest currency on several metrics. We, too, can threaten non-European companies and their banks, including US multinationals, from accessing EU capital markets.

I don't want to give any credit to Trump. He clearly did not intend for any of this to happen. But he inadvertently made at least some Europeans question our role as Washington's eternal junior partner.

For the EU to become an independent foreign policy actor, Europeans must break many old, bad habits and ways of thinking about foreign policy. We are not there yet. We are relationship people. We tend to indulge in foreign policy relationships, while Americans pursue foreign policy interests. The US has been a critical ally to a weakened Europe in the post-war era, but its protection gave rise to a dependency culture. Our interests have begun to diverge in a multi-polar world. The biggest threat to Nato is not the refusal by some European countries like Spain, Italy and Germany to meet defence spending targets, but lack of cohesion.

If Joe Biden were to win this week, most areas of transatlantic conflict would persist. The US opposition to the Baltic Sea gas pipeline stems more from a bipartisan consensus in the US Senate than from the Trump administration. Congress is also very likely to be the biggest obstacle to an EU/US trade agreement. The US will insist on the inclusion of agriculture. This is going to be unacceptable to Europeans who fear the introduction of genetically modified organisms into our food chain, higher levels of pesticides and hormones in produce and meat, and a loss of income for farmers. These are deal-breakers from the outset. Trump made lots of noise about trade tariffs, for example on German cars, but the action taken by his administration was not nearly as extreme as Europeans had feared. There were some tariffs on steel and aluminium, but Trump did not start the big transatlantic trade war we all feared.

The disputes about defence spending targets began under President Barack Obama. Trump was more vulgar in the way he expressed his views, but most of his actions were largely symbolic, like the decision to move some US troops out of Germany into Belgium, Italy and Poland. Once we filter out the noise, we will see that the Trump administration constitutes a progression in the great American-European divorce, not the divorce itself.

Transatlantic interests are not perfectly aligned on China either. EU member states are right to be sceptical of China's geopolitical intentions, and to question Huawei's bid to build the next generation mobile data networks. But that does not mean that our interests are the same as those of the US. The US and China are in a race to dominate the global market for information technology and artificial intelligence in military and civilian applications. The EU has overlapping, but not identical interests: We are not, and are unlikely to become, a leading force in artificial intelligence. But Huawei's two direct competitors, Nokia and Ericsson, are both European. It is in our interest to keep our own companies in the game. We are also more reliant on Chinese technologies and raw materials like rare earths than the US. But at least we are not competing with China for global dominance. The EU does not want to run the world. It wants to run its own world.

The biggest danger of a Biden presidency is that Europeans could fall under the illusion that the good old days of transatlantic relations are back. I see a real danger of that happening, because it is the path of least resistance. It would allow us to play our favourite game: to kick the can down the road until the next crisis. The next four years will be critical for Europe's role in the world.