What happened in Germany last week is that people started to treat vaccines as a private good. They want this one, not the other one. 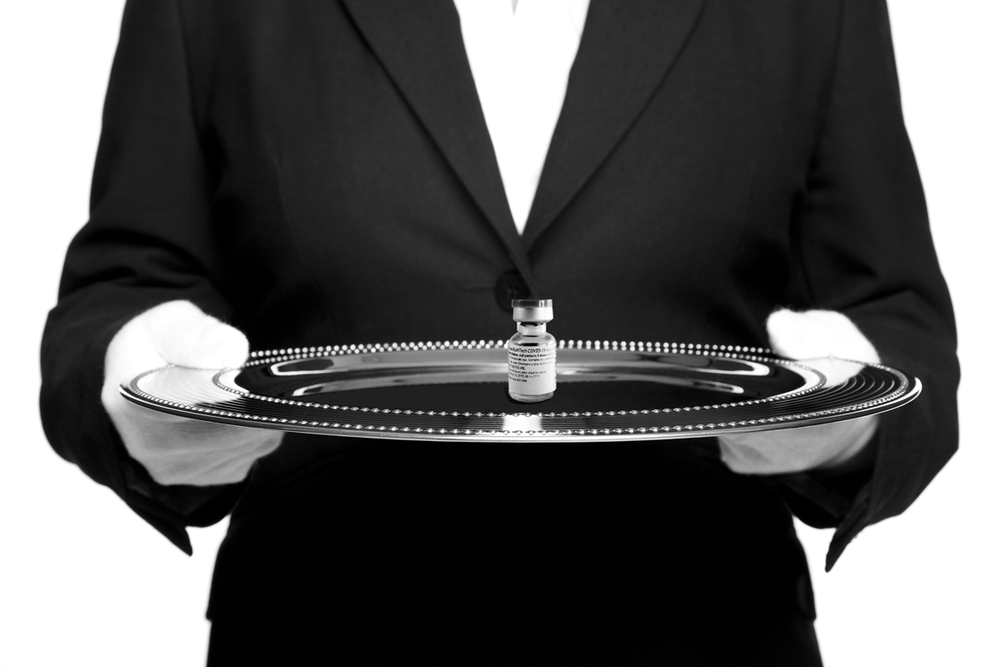 The notion of a public good is hard to grasp for some people. The confusion about public goods lies behind the multiple crises of the eurozone. And right now, it constitutes the biggest obstacle to a successful vaccination strategy in some European countries.

The notion of a public good is well defined in economics. A vaccine constitutes the classic textbook example. To put it crudely: Your protection does not arise from you receiving a better vaccine than your neighbours. It arises from all your neighbours receiving a vaccine, so that they don't infect you in the first place.

And that statement is still true if the vaccine in question has a marginally lower measured rate of effectiveness. It is the herd immunity, not your own superior resilience, that will open the schools, the restaurants and bars.

What happened in Germany last week is that people began to treat vaccination as a private good. They want the Mercedes, not the Volkswagen. They think BioNTech is superior to AstraZeneca. The smear campaign against the AstraZeneca vaccine is a disaster on so many levels. It casts doubt on the effectiveness of a vaccine that is cheap and available. It can be stored in a normal refrigerator. It can be handled by pharmacies, which in the UK are behind the fast growth rate of daily vaccinations.

In Germany, even members of the medical profession are now insisting that they want the BioNTech vaccine for their own staff. In the Saarland region in south-western Germany, a quarter of people with a confirmed appointment did not turn up out of fear that they might receive the apparently inferior AstraZeneca vaccine. A German government official had one point leaked the story to a newspaper that the latter did not work for older people. This is factually incorrect. The same smear campaign, with Brexit undertones, is happening in France. Clément Beaune, the French European minister, even called AstraZeneca useless.

While the European Medicines Agency approved the AstraZeneca vaccine, Germany only allowed the use of that vaccine for the under-65 year olds. So, would you take it if you are 64 years old, and you are told that it is useless for people one year older than you? When you cast doubt on a vaccine's effectiveness, you will embed doubt in the minds of the next age group down. That would be excusable if other vaccines were widely available, and if people had a free choice. But that is not the case now, and won't be the case for many months.

What aggravates the problem in Germany in particular is the refusal to extend the gap between first and second vaccinations. All the vaccines provide a degree of initial protection after the first dose, which is why the UK decided to prioritise first vaccinations - to optimise the herd immunity effect. Mathematically, the marginal impact of a first vaccine is higher than that of a second, but the second is still necessary for immunity to be maximised and sustained. This turns the vaccination timetable into a mathematical optimisation problem. There exists an optimal delay between the first and second immunisation for herd immunity to be reached in the fastest possible route. And that delay is not the same as the recommended gap by the manufacturers.

A study in Israel showed the BioNTech/Pfizer vaccine has an effectiveness rate of 85% after the first shot. From a public good perspective it is irresponsible not to adjust the vaccination timetable accordingly, and to do so fast. Based on the reaction times so far, I very much doubt that this will happen in European countries.

A separate problem that has bedevilled the German vaccine roll-out are reports on side effects. To turn a metaphor on its head: this is a feature, not a bug. All of the Covid-19 vaccines have side effects, usually lasting only a short time. Medical workers at a health facility in Dortmund reported strong reactions, which led to a quarter of the staff not to turn up for work the next day. Representatives from the medical professions are now warning against the use of the vaccine. AstraZeneca is now branded in the public debate as both unsafe and ineffective.

The situation will change once the supply bottlenecks have disappeared. At that point, it doesn't matter if people choose their favourite vaccine. But until that happens, vaccine elitism will keep countries in a longer lockdown than would otherwise be necessary.

What we know is that the AstraZeneca vaccine, along with all other approved vaccines, is effective against the original Covid-19 virus, and the highly infectious Kent variant. It does not prevent infections from the South African mutant, which - as of yet - is present, but not spreading fast. But AstraZeneca still offers protection against severe illness and death even from the South African variant. The vaccine formulas will be updated in due course, so that a second round of vaccines will include improved formulas. It makes no sense to refuse a vaccine now on the grounds that you might get a better one later because you can have both.

Ideally, we would not start from here - with a delayed procurement programme and a smear-campaign against one of the manufacturers. Starting from here, the best course of action is for governments and the medical profession to underline their confidence in all the vaccines, to make it clear that the benefit of vaccination is to produce the conditions for the lockdown to be lifted. If you sow distrust, it will take longer for your country to reach herd immunity.

The EU and member states have been complacent about vaccinations throughout. It was a mistake to the shift procurement to an institution that has never done this before. But it is unforgivable to cast doubt on the effectiveness of an approved vaccine. Remember, public goods rely on trust.