What are the odds?

It is not possible to assess the probability of a nuclear war, based on the information we have now. 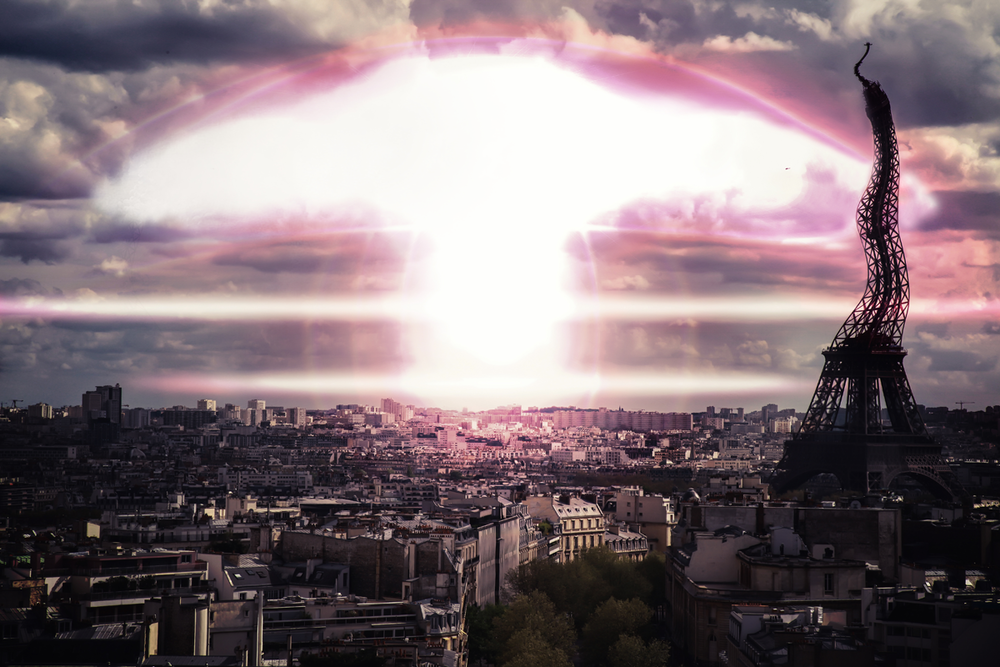 I have received a number of emails over the last few days from correspondents who assert that the risk of a nuclear war was small, or that it was unlikely. It is worth reflecting on the meaning of these predictions in detail. What does unlikely mean when we are talking about a nuclear war?

I can translate it for you. It means: “I have no clue. But I have a feeling.” That feeling is based on assumptions that may sound plausible, but that we cannot be sure of. We think we know what Vladimir Putin considers to be in his strategic interest. We think some brave soul in the Russian command structure would heroically refuse to comply with a presidential nuclear launch order. We may think that these weapons are as dysfunctional as Russia's tanks, that they explode at launch or mid-air. Or we think that there might be a coup against him before he has the opportunity to pull the trigger.

We can assert the probability of an earthquake, and attach a number to it. But there is no way we can do this here. We have no data and no probability distribution, and the usual weasel words are not helping us either.

All we have is intelligence from public sources and from our security services. They may have information about whether somebody is plotting against Putin. Or whether Putin faces internal opposition. But we have to treat such information professionally. Remember the weapons of mass destruction debacle? Back then, many western governments did not apply the highest standards of verification. We must ask ourselves: Is the source reliable? Is there a second source? Is there further corroboration? Do the sources have an agenda that may cause them to distort the truth, or lie?

Our western thinking about risk is rooted in the modern concept of probability, developed by the great Russian mathematician, Andrey Kolmogorov, in the 1930s. Probability and statistics allow us to calculate the numeric probability of an earthquake or help us with economic forecasts.

But this framework is not useful here. Right now, it is best to think not of quantifiable risk, but of unquantifiable uncertainty. A decade before Kolmogorov launched his famous axioms of probability, the US economist Frank Knight developed a concept of uncertainty derived from partial knowledge, something also known as Knightian uncertainty. In this framework, the most we can do is form intuitive judgements, and improve on those as we go along. This is exactly how we should approach the nuclear war scenario: with humility and doubt.

There are clearly scenarios that speak against Russia’s use of nuclear weapons. But I can think of two where the bomb goes off in the end. The first is one where Putin realises that he lost the war, where he knows he will not personally survive, and where he decides to take the western European enemy down with him. What speaks against this scenario is that Russia’s elite might frustrate this. They clearly have no desire to perish in a nuclear holocaust. It is possible that my scenario won’t happen. Then again, a last-minute intervention by the generals and the oligarchs may not happen, or it happens and fails, or happens, succeeds but comes too late. Let’s us not pretend that we are in a position to write the ending of this particular Hollywood script.

In my second scenario, Putin calculates that the launch of a smallish tactical nuclear weapon in Ukraine would split the western alliance. In particular, it would break the Biden-Scholz axis. I have been arguing from the start of the war that the Germans are the weak link in the western alliance. Putin knows that too, and he might conclude that this is his most effective weapon.

Here is how that scenario could pan out: Joe Biden said a nuclear detonation in Ukraine would trigger Nato’s Art. 5 collective defence clause on the grounds of radiation spreading to nearby Nato territory. I struggle to see how the Germans would accept this argument. I cannot be sure about this if only because this is an unprecedented situation. What I do know from personal experience is that the Germans are the most paranoid people in the world about all things nuclear. Despite an acute shortage of gas and rising electricity prices, they are still on course to switch off their remaining nuclear power stations in the winter and spring. Do we really think that they have the same perception of a nuclear risk as the British or the Americans? What you read from German think-tanks is not representative of the country’s mood.

Then think of the other stuff that would happen in this case. World stock markets would collapse, as would the euro and the pound. German industry would cease production. Europe would collapse into the worst economic depression in its history.

There are good reasons for Putin not to try this out. There are many more ways to get this wrong than to get this right. But as a strategic scenario, this one is not any less plausible than the scenario of the unknown soldier who refuses to press the button.

I cannot attach likelihoods to my scenarios. But I think you cannot either. What I think we should do is to look at them with an open mind.

And here comes the one numerical prediction I am willing to risk. The chances of that happening are close to zero. If a nuclear war happens, it will be preceded by forecasts that it is highly unlikely.