What if this happens?

Vladimir Putin is more likely to hit a nuclear power station or trigger a dirty bomb than a order the use of a tactical nuclear weapon. 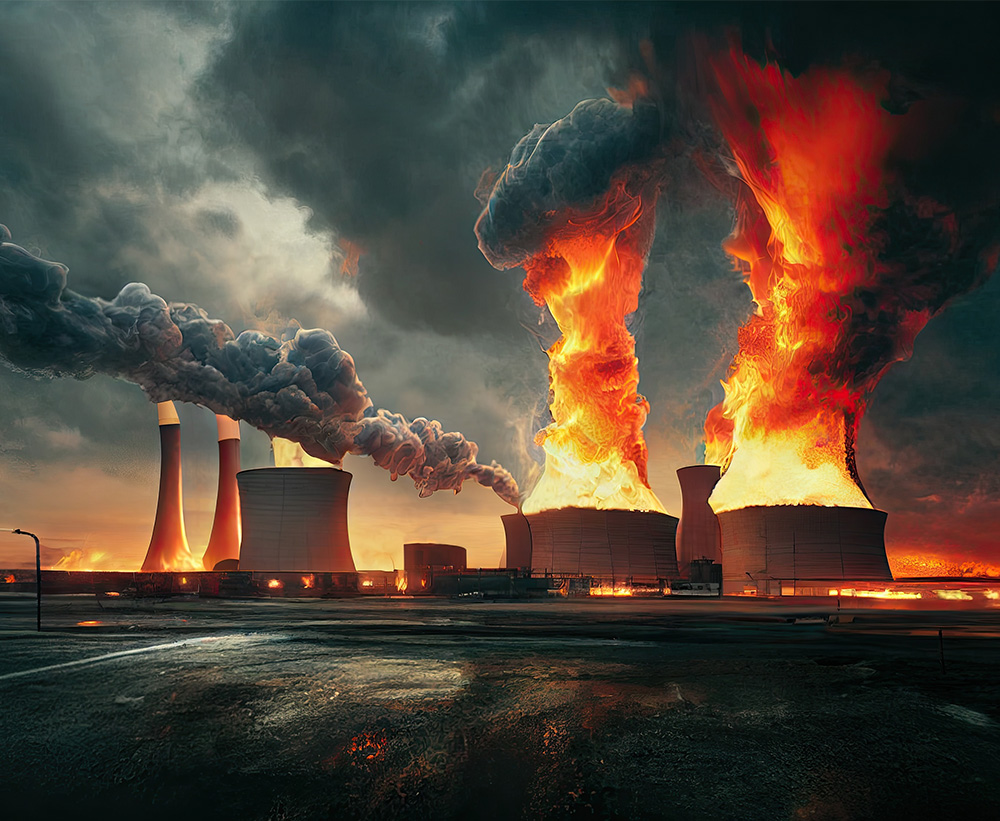 When we discuss future scenarios we often tend towards binary outcomes - that of triumphs and disasters. When discussing whether Vladimir Putin will resort to nuclear weapons, we also think in binary terms. He will or he won’t.

We should remember that Putin falls into the category of people who lie, but generally don’t bluff. Our best guide to his future actions are his own past ones. He used the Novichok chemical agent in the UK, and at home against Alexei Navalny. For all we know, he blew up the Nord Stream pipelines near Danish waters in the Baltic Sea. What all these cases have in common is that they gave him plausible deniability. This is not about what you and I believe, but whether his denials are sufficiently plausible for his own people and his allies.

Based on his actions in the past, I doubt very much that he would resort to a tactical nuclear weapon in plain view of the world. His nuclear weapon of choice would be a dirty bomb; or an exploding nuclear power station. He would immediately blame Ukraine or the Americans.

Last week, the Ukrainian environment minister, Ruslan Strilez, warned that a nuclear catastrophe in Zaporizhzhia would produce radioactive emissions ten times that of the emission from the 1986 Chernobyl accident. The plant is occupied by Russian forces, and the area is right on the battle front. Strilez warned that emissions of that scale would affect an area of 10m square kilometres, three times the size of Ukraine, and approximately half the size of the EU. Among the many consequences would be tens of millions of environmental refugees.

Maybe some in Moscow would topple him, instal a leader who can order a troop withdrawal, and then blame Putin for the national embarrassment. It would be the mother of intruding events. That would be a best-case scenario for Ukraine and the west. But it would be unwise for us to rely on it.

Putin has good reasons to refrain from a first use of battlefield tactical nuclear weapons. They do not bring him any military advantages. They won’t stop the Ukrainian counter-offensive. Perhaps the most serious consideration is that his allies, China especially, would turn against him.

But I also see that massive escalation may be his best strategic option. The Ukrainian military has proved surprisingly tough. But there are other weaknesses in the western alliance. We are just one pipeline explosion away from a cold winter in Germany and Poland, and one Chernobyl away from refugee chaos, for which nobody is prepared.

Western infrastructure is vulnerable. There is no hard evidence of any Russian involvement in the sabotage of German railways over the weekend. What it does show is that Germany’s infrastructure is vulnerable to these kinds of attacks, because of chronic underinvestment in security over decades. Railway lines, power grids, ports and pipelines are all potential and unprotected targets. If you cannot win the war you are fighting, fight another one. Will European solidarity with Ukraine survive a cold winter, or the reality of de-industrialisation?

I conclude that the probability of a nuclear catastrophe is not trivial. It may not even be small. Of the various nuclear scenarios, a non-conventional use is the most plausible. It conforms with what we know.

A nuclear explosion on European soil would have dramatic implications. It would be the single largest environmental catastrophe of modern times. When the bomb goes off, you would see the biggest financial meltdown in history. Sovereign debt markets would be wiped out. If you think there is a 10% chance that you debtor gets wiped out in a nuclear attack, you might as well as go to a casino rather than buy a bond.

Extreme tail risks, like that of a meteorite hitting the earth, are usually, and rightly, treated as zero-risks. But when the probabilities shift even a tiny bit, we enter a different world. With the success of Ukraine’s counter-offensive, we have transgressed into a situation where the probability of a nuclear strike is no longer zero.

Joe Biden said so last week. He is also right in saying that the path from a singular nuclear explosion to a nuclear Armageddon is small. If a bomb goes off, Nato might target a Russian military installation. Putin might then respond with a nuclear weapon directed against a Nato country. At that point, western society as we know it would cease to function.

If you think strategically about risk, this is where you have to draw the line: between zero and small. You don’t want to base your national security strategy on trying to win a game of Russian roulette.

The risk of a dirty nuclear, chemical or biological war is the one the west should be preparing for, a classic Putinesque diversion on a grander scale. I am not sure that our governments and security services have done that.