The midterms and us

On the return of austerity

In our main story we discuss why markets are complacent about the ECB's interest rate policies; we also have stories on the next supply chain shock - China's winter lockdown; on the increasingly bitter dispute over gas price capping in the EU; on Franco-German industrial collaboration; on why foreign banks cannot succeed in Germany; and, below, on a gravity-defying economic policy.

Show me the money

Mario Draghi constitutes an irresistible proposition for Italians. But not for long. 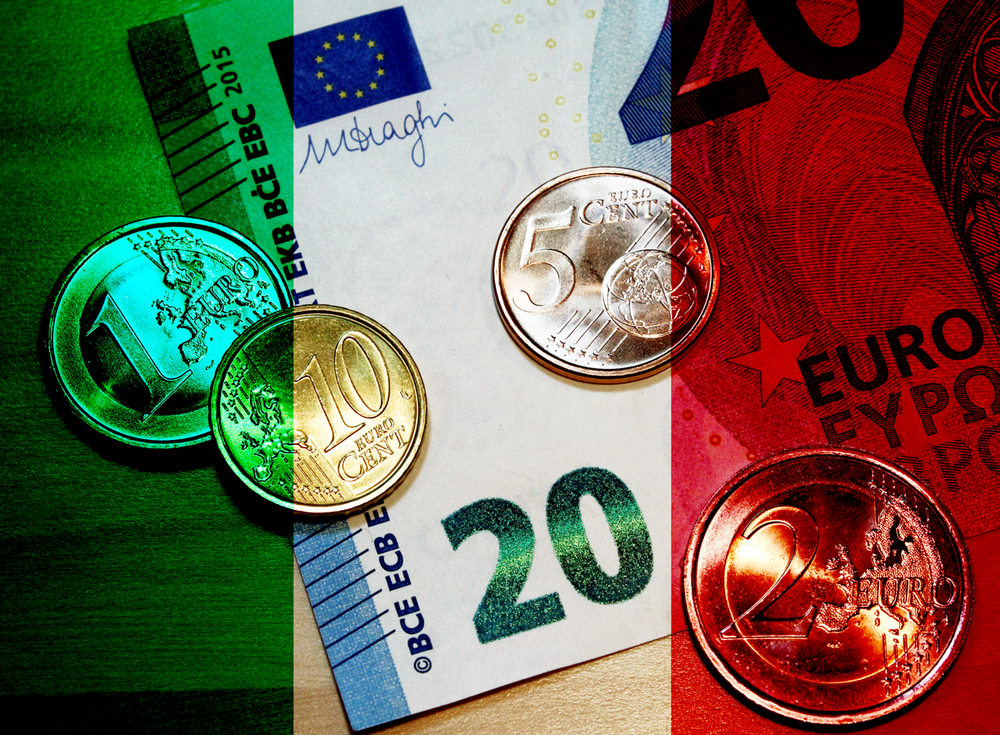 The Great Man theory is still very prominent in political commentary. Super Mario is the man who does whatever it takes. Who is better placed to save Italy than the man who saved Europe?

Financial markets are the biggest suckers for great-man fables. The day before President Sergio Mattarella nominated Mario Draghi as Italy’s next prime minister, the spread between ten-year Italian and German bonds fell by 10 basis points, or 0.1pp, immediately. Your average foreign financial investors do not understand the intricacies of Italian politics, let alone the deep causes of Italy’s persistent economic problems. But they know Draghi.

I, too, have tremendous respect for the former president of the European Central Bank. I have only ever given two endorsements during my two decades as a columnist. His appointment for the ECB job in 2011 was one of them. But I think the hype surrounding Draghi right now is potentially counter-productive.

I hope, and feel reasonably confident, that Draghi has a precise agenda of the things he wants to do. He needs the support of the parliament, not only for his own confirmation, but for a difficult legislative agenda ahead. Italy requires serious legislation to manage the Covid-19 vaccines programme and the economic reforms that accompany the investment spending under the EU’s recovery fund. This will be the biggest legislative agenda since the original introduction of the euro. So we should not just look at the support Draghi receives right now. Even Matteo Salvini is under pressure from his own people to give Draghi a chance. But the key question is whether this support will be sustained. And if it isn’t, there is no other, even greater man waiting to to be appointed. He is the last of the great men standing.

We should remember that there was a time when Mario Monti had a similar reputation. He was a two-time European Commissioner, almost untouchable. His administration, which which lasted for a little over a year, brought austerity and further economic decline. The fall of Monti is a cautionary tale. I am not saying this will happen to Draghi too, if only because Draghi himself is only too well aware of Monti’s mistakes. Draghi is also, by temperament, not a fiscal hawk. But his appointment is nevertheless a high-stakes gamble - simply because there is no Plan B if it fails.

Just as the Great Man theory is not right, its opposite is not right either. We have seen case of leaders succeeding against the odds, like Margaret Thatcher. But it was not some innate greatness that allowed her to do what she did. It was the mandate she received in three consecutive elections.

Draghi is no doubt one of the most capable central bankers of modern times, but he has never in his life fought an election. The Italian parliament will almost certainly endorse him in a vote of confidence. But he has never had to campaign in support of his agenda. Nor is he likely to. So what, may I ask, is the political foundation of  Draghi’s agenda? Mainstream economists, financial market types, and the assembled cast of virtual Davos meetings will for sure nod in approval. But as Monti discovered, politics back home does not work like that.

Italy never suffered a shortage of great men. Romano Prodi and Silvio Berlusconi have been larger-than-life political figures. I have a deep admiration for Carlo Azeglio Ciampi and Tommaso Padoa-Schiopa, with both of whom I had some of the deepest discussions about the euro and European integration. The sheer calibre of the very best of Italian politicians and economists is way above the European average. Italy also has more than its fair share of entrepreneurs, scientists and engineers.

Italy’s problem is one of political gridlock and the protection of vested interests. These, in turn, reflect deep ailments within society. Five Star owed its ascendance to Monti's spending cuts and pension reforms. There is a reason why the erstwhile big beasts of Italian politics, the Partito Democratico and Forza Italia, have shrunk to mere shadows of their former selves.

The decline of the SPD in Germany, the grand old party of Willy Brandt and Helmut Schmidt, is of a similar quality. When parties decline over long periods, this is hardly ever the result of a bad judgement call by a leader. In the case of the SPD, what happened was a shift in away from industrial work and shifts in social preferences that drove voters to other parties. If you want to unify a large and diverse country like Italy behind a political agenda, you better start by asking why so many voters are supporting parties outside the mainstream.

The reversal of two decades of relative decline in productivity growth constitutes a monumental job that requires both strategy and political legitimacy. The notion that a single man, however well respected, can single-handedly fix a country’s problem, is ahistorical. Managing the recovery fund is the easy bit. I have no doubt about Draghi's ability as a crisis manager. But his premiership will be judged on whether he will have taken a first step to reverse a 20-year long relative decline.

The best scenario would be for Draghi to regard himself as an interim leader during a crisis and to prepare the ground for a successor. The really difficult job will come afterwards. By the autumn, there is a chance that our Covid-19-impaired lives will return back to normal. The current coalition partners will look towards the general elections and reposition themselves accordingly. Business as usual will set in.

And then, we will discover that Italy’s political system is fragmented for a reason.